In Bed With Sky Ferreira 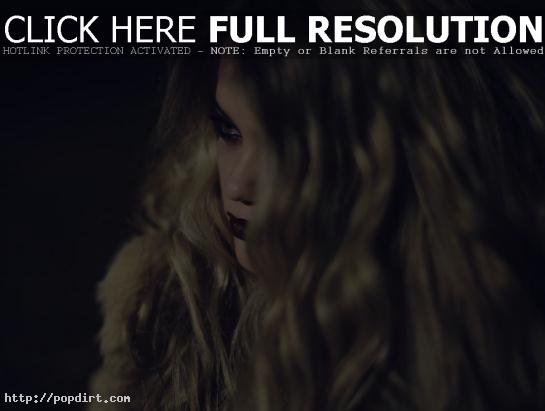 Buzznet caught up with Sky Ferreira in a video chat from the teen’s bed, where she talked about listening to music when she wants to be inspired, how her mother was her first role model, how Quentin Tarantino or Lita Ford would be celebrities she could be friends with, the late Michael Jackson being the most inspiring person she’s ever met, wanting to be on the cover of Rolling Stone, and more.

“Obviously listening to music, all different types of music,” Sky said about getting inspired, “and I watch a lot of short films and films directed by David Lynch, because I just love how he uses really dark lighting and the sounds he uses are insane, so that’s inspiring.”

“My first role model is probably my mother, because that’s the first person I was around,” she said.

Asked about something that makes her laugh, Sky said, “I’ve got a date, then you ask with who, then you say a fig.”

On a boyfriend deal breaker, she said, “That’s pretty difficult, with friends or boyfriends, which kind of ruins it. Obviously if they’re fake or liars or conniving, I don’t have the time to deal with it, or the energy. Obviously honesty is the best policy.”

As for online shopping destinations, she said, “I don’t really shop online because my mom gets pissed at me. The only thing I use is the iTunes store, because I don’t like to illegally download music. Also, I don’t know how.”