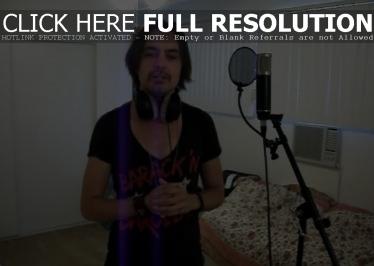 Jamie Meyer checked in with fans from the recording studio, telling them he hopes to release the new album this summer. They also played a snippet from a new song on the album.

“We’re here doing the record. It’s coming along pretty good and we are in North Hollywood right now recording vocals for ‘Red Boots’. It’s gonna be a song that’s hopefully gonna be on the album. We’ve also been rehearsing a lot. Rehearsing for four months. We’ve finally got some good gigs and May 15th is gonna be an awesome one,” Meyer said.

“This album is from everywhere, every part of the world you can think of,” the Swedish singer songwriter said of the globe trotting recording process.

Video on his MySpace has since been removed.