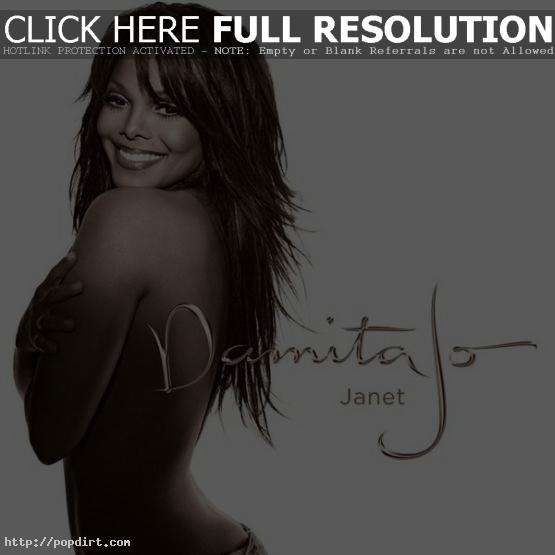 The cover for Janet Jackson’s new album, ‘Damita Jo’, has been released to the internet. The album, out in the UK on March 29th and the US on March 30th will feature her new single ‘Just A Little While’.

February 2, 2004 – CNN spoke with one Grammy performer who says he didn’t think a second about a five-minute delay at Sunday night’s awards show, instigated after Janet exposed her breast at the Super Bowl a week prior. “I think people trusted us enough to know that we weren’t going to, you know, pull our [ bleep ] down in front of the Grammys, pull our whammies out at the Grammys,” Foo Fighters frontman Dave Grohl opined. “Get some press! We’ll wait to release another record to do that.” Grohl added, “Let’s listen to some music, lets play some music, sing songs and make some records. Go home and show your boobs to your family. The Jackson’s!” Read more.


Question: Is Entertainment Too Raunchy?

February 8, 2004 – The Associated Press asked several celebrities at the Grammy Awards on Sunday if they felt entertainment is getting too raunchy after Janet Jackson exposed her breast at the Super Bowl. “The news has gotten too raunchy,” Pharrell Williams responded. “All they had to do was play it the one time it happened, but the news has been running it ever since it happened. So what does that say about the news?” Christina Aguilera responded, “Well, what is too raunchy? Everybody has a different opinion about what is too much or too little. It’s a state of mind.”

February 8, 2004 – Repercussions of the controversial Super Bowl half-time performance where Janet Jackson exposed her breast will echo in the Grammy Awards Sunday night on CBS. They also spoke with *NSYNC star JC Chasez about getting pulled from the Pro Bowl. Watch a report online from CBS News below.

February 8, 2004 – Roger Friedman of FoxNews.com reports Janet Jackson has decided not to accept the CBS offer to appear on tonight’s Grammy Awards, rejecting a requirement to apologize for her appearance on last Sunday’s Super Bowl half-time show in exchange. Her brother Michael Jackson advised her to “to stop apologizing already,” following Janet’s previous press release and videotaped statement already apologizing for the incident.