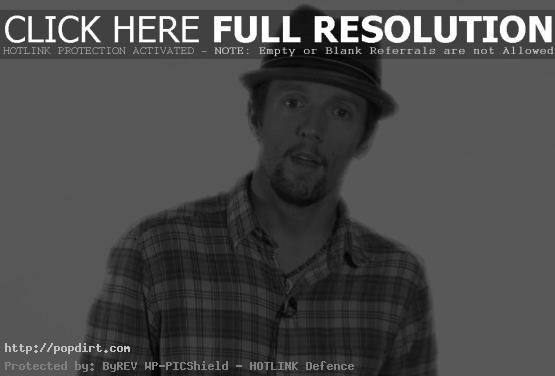 Jason Mraz updated fans on his blog at MySpace (@jasonmraz) on Saturday (November 21), a day after the singer songwriter participated in IamSilent.com’s vow of silence to raise awareness of the millions of oppressed children around the globe. Mraz writes:

Good luck on your project, said a woman after we took a photo together in the airport. I had pointed to IamSilent.com written on my t-shirt in Sharpee after she tried asking a few different times about where and when our next show was. I had only prepared for yes or no inquiries.

I didn’t think to carry a pad and pen for I thought that too would be like using my voice. I only hit a wall once at the start of the day when a hurried airline attendant asked for my final destination. I froze. Panicked, I didn’t know sign language or how to nod “Curitiba.” After a lengthy pause I mumbled the word and cursed myself for not having had something to point to in that situation. I could’ve flagged down a friend to explain, but I didn’t.

Surprisingly throughout the day, my touring party began to move and speak differently around me, assisting me in a gentle and loving way, (which they usually do). But because I never asked for their help, I felt this enormous love from them as they directed me from flight to flight, van to room. I would laugh inside as I began to feel like an invalid. I would smile “thank you” with soft eyes, bowing, often with hands in prayer position. It was the best I could do.

Halfway into the long journey from Buenos Aires back to Brazil I connected the Vow of Silence to the very serious situation of starvation.

«fun. ‘All The Pretty Girls’ Video
The Bird And The Bee ‘Diamond Dave’ Video»