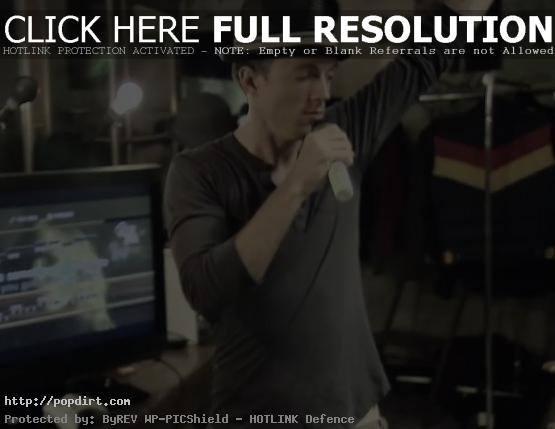 Jason Mraz checked in with fans on his blog at MySpace (@jasonmraz) on Saturday (May 15), sharing the details of his first experience using LSD. The San Diego singer songwriter tells readers:

I was 18 and living on the upper west side in New York City when I first tried LSD. I was meant to be in safe company with a whole troop of journeymen but while on a quick trip to the grocery store to fetch some orange juice, the tab kicked in. I knew Bushwalla back then and I remember crossing the street with he and his girlfriend. He looked different back then, like a nice Christian boy and not having what I was having. It was only 6 or 7 pm and still light out. I asked him if I was walking in slow motion.

Somehow that evening I met people I didn’t know, rode the subway downtown and opened myself up completely to the experience because by midnight I was at a cast party of an Off-Broadway play somewhere down in Greenwich Village. It would be the first place I’d connect with Jazz music on a deep level as the hosts were playing Blue Train by John Coltrane – a record I hadn’t heard until that moment. I sat close to the stereo and literally watched as the notes oozed from the speakers. When the partygoers figured out what frequency I was on, they gave me a drum and sat me safely out on the fire escape overlooking the sweaty streets of New York. Psychedelic medicine has a pulse that is best dealt with when fully expressed. Otherwise you can go mad. I played that drum like it was the heartbeat of the city – keeping the concrete organism alive while all the lost Yankees slept. I had barely begun to play guitar at that time in my life, but after that night, I knew my path would be a life sustained by music. And, I knew it would be profound.