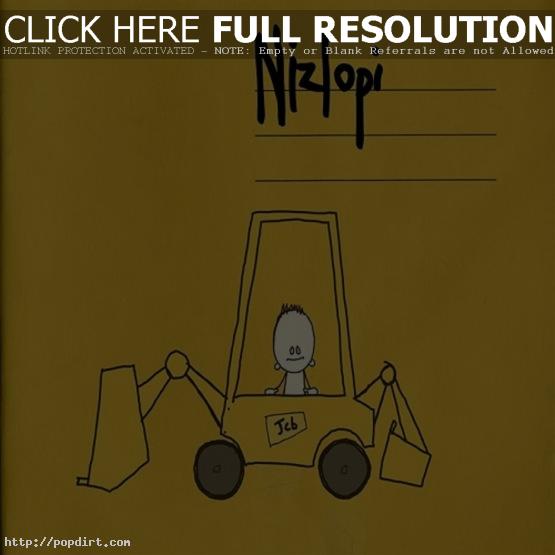 Nizlopi, aka Warwickshire song-writing duo Luke Concannon and John Parker, topped the UK singles chart this week with ‘JCB Song’, a ditty about a boy riding on his father’s mechanical digger (JCB is the manufacturer named after company founder Joseph Cyril Bamford) to escape bullies at school. Debuting in the #2 spot was Westlife with ‘When You Tell Me That You Love Me’, featuring Diana Ross. Last week’s #1, Pussycat Dolls, dropped to #3 with ‘Stickwitu’, while last week’s #2 by Madonna, ‘Hung Up’, fell to #4. Other notables include Robbie Williams, who opened at #8 with ‘Advertising Space’, McFly, who opened at #9 with their dual a-side ‘Ultraviolet/The Ballad Of Paul K’, and Mariah Carey, who opened at #11 with ‘Don’t Forget About Us’.

December 12, 2005 – Tony Christie tells The Sun he’s trying to get Robbie Williams to sing a track he wrote for the new James Bond film ‘Casino Royale’. “Ideally, of course, I’d like to sing it,” he said. “But Robbie’s voice would suit it down to the ground. Plus, he’s current and hip so it would be absolutely great if he did it. We tried to make it a typical Bond theme tune with a throbbing, dramatic bassline filling the background. I’m a huge fan of the old-school 007 songs… so I tried to give it that authentic sound. We are due to record it in February.”

December 9, 2005 – Robbie Williams made an appearance on ‘RTL Boulevard’ to promote his new album ‘Intensive Care’. Robbie talked about staying in Amsterdam, suffering in an empty bar, living in America and being anonymous there makes him feel like Batman, his thoughts on John Lennon’s murder and if he feels something like that could happen to him, his soccer skills and his admiration for Ruud van Nistelrooy — who he named his dog after, how his career peaked last week, tattoos — he dropped his trousers to show his first tattoo he got in Amsterdam at the age of 17, and more. Robbie also turned the tables on the hosts, and quizzed them. After hearing the male host was gay, they talked about the tabloids he constantly deals with and the “gay issue”, which got big attention this week after he won a lawsuit against The People.