The New York Post hears that Jennifer Lopez and Marc Anthony requested white flowers, a dozen raw eggs and miniature M&Ms on their private JetOne plane to the Super Bowl in Miami.

January 30, 2007 – Jennifer’s ex-husband Ojani Noa tells The New York Daily News reports the tell-all book he hopes to publish wouldn’t spill sex secrets or trash the diva, but would be “my story … of meeting her, being in love … and the pain” of her alleged cheating.

Jennifer Lopez: My Dad Is A Scientologist

January 28, 2007 – South Florida’s NBC6 caught up with Jennifer, where the diva revealed her connection to the Church of Scientology. “I, myself, am Catholic,” J.Lo responded when asked what she thought about the negative perception some people have about Scientology. “But it’s just sad that people would look at it (Scientology) in that way. My dad [David Lopez] has been a Scientologist for 20 years. It’s weird people want to paint it in a negative way.” Video at nbc6.net has since been removed.

No Movie With Tom Cruise In Jennifer Lopez’s Future

January 27, 2007 – ‘Extra’ caught up with Jennifer and asked the diva if it is true she’ll star alongside her superstar friend Tom Cruise in a new film. “No, that’s not true,” she said. “We’re just friends; he’s really good friends with Marc.” But is there truth to the rumors she’s helping former Spice Girl Victoria Beckham and hubby David find a house in Los Angeles. “No, they’re moving to L.A., that’s for sure,” Jennifer laughed. “But they’re finding their own house.”

J.Lo And Marc Anthony To Perform On Super Bowl Eve

January 23, 2007 – Jennifer Lopez’s spokeswoman Leslie Sloane Zelnick insisted to The New York Daily News that there’s no truth to gossip that she has converted from Catholicism to Scientology. “Jennifer is not a Scientologist,” Zelnick told the Daily News. Asked if Lopez were converting, she said, “Not as far as I’ve been told. No.” Zelnick added that Lopez socializes with friends like noted Scientologists Tom Cruise, Katie Homes and Leah Remini because “these are people that she likes and admires. It doesn’t mean anything more or anything less.” 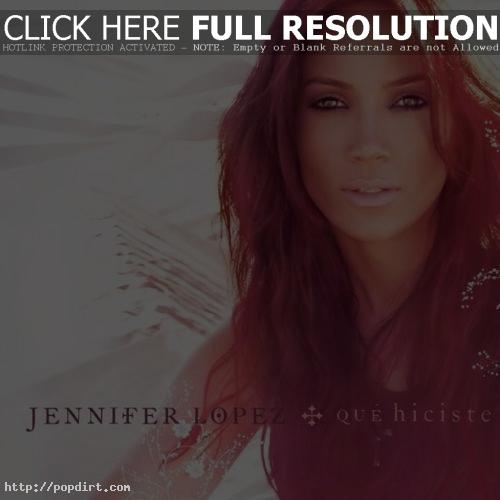 January 17, 2007 – Jennifer stopped by 102.7 KIIS FM in Los Angeles on Wednesday (January 17) to talk with Ryan Seacrest about her new MTV reality show ‘DanceLife’, partying with Prince after the Golden Globes, her new Spanish single ‘Que Hiciste’ and album ‘Como Ama Una Mujer’, how life is with husband Marc Anthony, and more. The interview audio at kiisfm.com has since been removed.

January 14, 2007 – Jennifer’s bid to stop ex-husband Ojani Noa’s tell-all book ‘The Unknown Truth: A Passionate Portrait of a Serial Thriller’ heads to Los Angeles Superior Court January 29th, but The New York Daily News reports the diva has asked a judge to order that the dispute be heard in private arbitration to prevent any details from becoming public.

January 13, 2007 – Jennifer talked with TheShowBuzz about producing a reality dance show, which airs on MTV, about real-world dancers trying to make it in Hollywood. She also discussed her new movie ‘El Cantante’. Watch the segment below.

January 13, 2007 – ‘Extra’ spoke with Jennifer Lopez about her new MTV reality series ‘Dancelife’, which she’s serving as executive producer. “I really wanted to do a show about dancers because I started as a dancer,” the ‘In Living Color’ alum explained. “It’s about six dancers, three guys and three girls, all at different stages in their career.”

January 12, 2007 – Jennifer spoke at the annual TV critics conference in Pasadena, California on Thursday (January 11) about why she’s escaped from the public spotlight since marrying Marc Anthony. “It was a choice,” the 36 year-old explained. “My life for me had become uncomfortable in the way that it was affecting my personal life and the people in it. So I decided I needed to take a look at that. I realized there was a way to pull back from that. You don’t go out as much. You choose different places to go.” Read more.

J.Lo Named One Of People’s 100 Most Influential Hispanics

January 4, 2007 – Jennifer Lopez appears on the cover of People en Español, in which she’s featured as one of the “100 Most Influential Hispanics” in the issue out Friday. “Being an example to others is a big part of my work,” she tells the mag. “It excites me to think that I could be capable of changing opinions, or of making people laugh or cry. It’s a beautiful facet of the work that we do.”

December 20, 2006 – After hearing Jennifer Lopez was reportedly studying Scientology, the diva’s family is urging the 37-year-old to steer away from the controversial religion. “Jennifer, who’s been a Catholic since birth, was told in no uncertain terms by her mother Lupe and other family members that exploring Scientology could backfire on her,” a family source told the National Enquirer. “They fear Scientology could damage her reputation.”