Jennifer Lopez And Marc Anthony’s ‘Shall We Dance’ Duet Axed 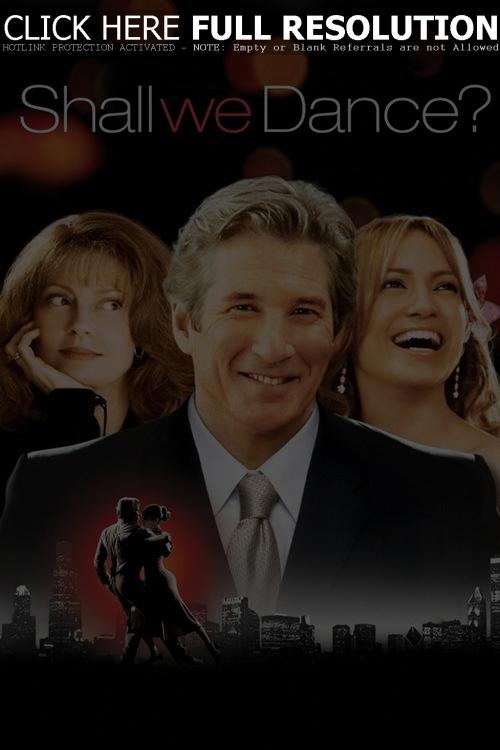 The New York Post reports Jennifer Lopez spent three days in January recording a duet with Marc Anthony for the soundtrack of her new film ‘Shall We Dance’, but the song is being shelved because Miramax doesn’t want the couple’s marriage to divert attention from the movie. “Her engagement to Ben Affleck didn’t help ‘Gigli’ or ‘Jersey Girl,’ and her marriage to Marc Anthony isn’t going to help ‘Shall We Dance’,” an insider explained.

June 30, 2004 – Contributed by lopez_lover: According to Jennifer’s official site, the artist just started to record her next studio album, with Cory Rooney as executive producer. It’s slated for a Christmas release. Jennifer has also recorded a cover of the Dean Martin song, ‘Sway’, that will be used as the end title for ‘Shall We Dance’. There is an English and Spanish version. Look for the track to be available as a single later on this year.

Jennifer Lopez Is A Big Hit In Moscow

June 28, 2004 – While Jennifer’s blow-off of the J.Lo Moscow store opening brought an angry reaction, it hasn’t hampered sales. The clothes are flying off the shelves, and now the Russians who licensed the clothing line are all smiles. “They’re blowing out of the product,” J.Lo’s Andy Hilfiger said. “The sales numbers are amazing and we got a letter saying they want to open three more stores.”

June 27, 2004 – In Touch Weekly reports that whether Jennifer is pregnant or not, she and new hubby Marc are head over heals, according to pals. “Marc and Jennifer spent their first three days as man and wife talking on the phone, telling each other how they felt and making plans to have a real honeymoon as soon as their schedules free up,” one pal said, adding that their bond is stronger than ever.

June 27, 2004 – Why did Jennifer Lopez choose Anna Beatriz to model the J.Lo line of clothing, including the upcoming J.Lo lingerie? Lopez recently told ‘Extra’, “She has an edge to her that’s young and street and urban.” And Anna assured ‘Extra’ that the appreciation is mutual: “I really like working with her. We had a really good time, and she was on top of everything.”

June 27, 2004 – Star magazine has learned details of Jennifer’s upcoming projects, which include her continued work on ‘Shall We Dance?’ and ‘An Unfinished Life’, both due out this fall; an MTV special which “will go behind the scenes at the runway show of her spring collection,” according to a source; negotiations to star in the non-musical remake of the opera ‘Carmen’ and in ‘The Governess’, begin recording a new album, working on it 2-3 days a week; launching a third scent for younger women to come out next April; and charity work for the Childrens Hospital Los Angeles.