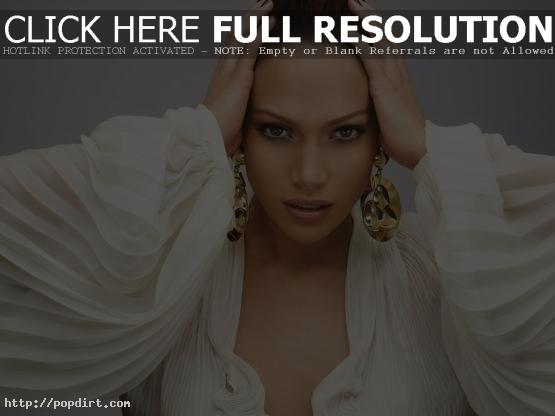 Louise Gannon of The Guardian caught up with Jennifer Lopez, who revealed things have changed for her since the days she was a gossip staple, romancing Sean ‘Diddy’ Combs and Ben Affleck. “I’m not J.Lo anymore,” she said. “That’s all gone with all the ridiculous stories about diva tantrums and Egyptian sheets. That’s all my past. I’m Jennifer Lopez. I think, as a woman, I’ve finally grown more sure of who I am.” Lopez also believes she’s a better singer now. “When I went in to record a song, it would just be the voice I was focusing in on,” she explained. “My anxieties made me shut off a lot to the emotions of the music. If you think too hard or worry too much, you just don’t free yourself as a performer.” What made her stop worrying about her voice? Her third husband, Marc Anthony. “I remember on the first day we recorded, I went into the booth and he was watching me,” Lopez recalled. “As usual, I was thinking about my voice. The song I was about to record was a beautiful ballad. Marc just looked at me and he said, ‘Jennifer, read the words, sing the words. Don’t think about your voice, think about what you are singing.’ It was amazing. I started to sing and after a few minutes I entirely forgot all my anxieties about my voice.” Read more.

March 30, 2007 – A source close to Jennifer tells Usmagazine.com that Ritmo’s ban on the singer is merely a publicity stunt. “This guy issues a release for every major star,” the source revealed. “He also did it with Shakira and Ricky Martin. The boycott press release tactic is old.” Kevin Lawrie, the head of Sony’s Latin division, Sony Norte, added, “We (the label) felt that it was important that Jennifer do her in-store in the Bronx, where she is from and where there is substantial cultural diversity. Unfortunately, Ritmo Latino has no outlets in the Bronx.” The full story at usmagazine.com has since been removed.

Jennifer Lopez Is Panned And Banned By Ritmo 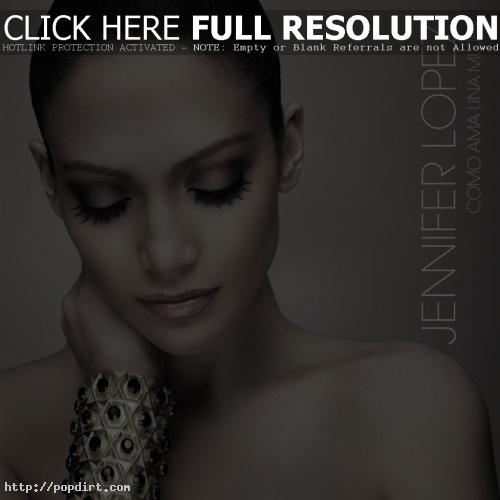 March 30, 2007 – The New York Daily News reports Ritmo Latino is banning all Jennifer’s CDs from its 50 stores, including her first Spanish language only album ‘Como Ama una Mujer’. Ritmo President David Massry alleges that J.Lo “has refused personally to promote her new CD in any of our stores” and won’t appear at other outlets devoted only to Latin music. “We’ve supported her from the beginning. Now we’re told by her record company she will only visit Anglo retail outlets,” Massry said. But many fans of the Bronx-born star are defending Lopez. Read more.

March 28, 2007 – Jennifer visited ‘Good Morning America’ on Wednesday (March 28) to promote her new CD, ‘Como Ama Una Mujer’. “For me, this album is such a special project,” she said. “I’ve always wanted to make a Spanish album. … This was a real opportunity for me to just express a different side of myself. Because I do all that dance stuff in English, this is a more intimate, romantic, vulnerable side.” Read more and watch the interview at abc.go.com. Check out pictures from RexFeatures.