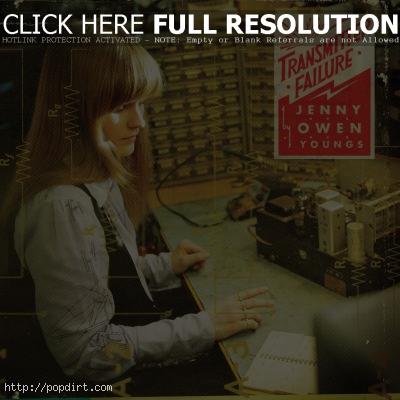 Jenny Owen Youngs is back with her second album, ‘Transmitter Failure’, due May 26th on Nettwerk Records. The album’s lead, ‘Led to the Sea,’ is “the loudest song on the record,” says Youngs, “and it couldn’t be further away from the musical ideas of Batten.”

The disc, produced by Dan Romer, is a bold departure from her 2007 release ‘Batten The Hatches’. “I wanted to make something that would move people emotionally, but also move them physically,” Youngs explained. “I did not want to end up touring for another three years on a record that wouldn’t offer people the opportunity to move. So, Dan and I set out to make something that was, quite simply, more fun to play live. In the process, my writing took turns I didn’t expect.”