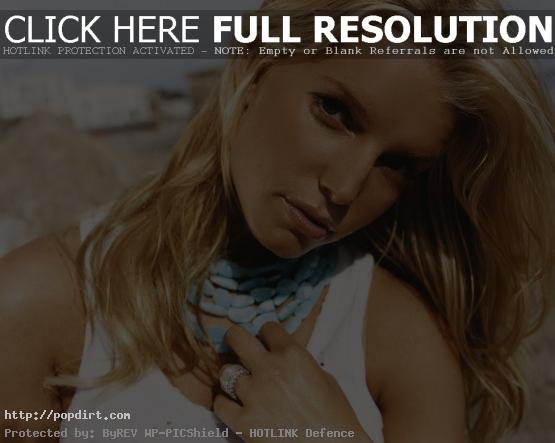 An eyewitness at ‘Scrubs’ star Zach Braff’s birthday party at 40 Deuce in Los Angeles last Saturday night tells The New York Post she saw Johnny Knoxville and ‘Dukes of Hazzard’ co-star Jessica Simpson stroking one another’s hands when the lights went down. Not only is Simpson already married to Nick Lachey, Knoxville is married and has a daughter. “It was awesome,” the source gushed. Knoxville’s rep, Melissa Kates, insisted: “Jessica and Johnny are good friends as a result of working together last year. Any stories suggesting otherwise are ridiculous.”

April 16, 2005 – ‘Extra’ was at Us Weekly’s Hot Young Hollywood Awards and asked the celebs in attendance for their thoughts on Britney Spears’ announcement that she and Kevin Federline are expecting their first child later this year.

“I think it’s amazing,” Jessica Simpson said. “My mom had me at a very young age, and I loved growing up with a young mother.”

Paris Hilton added, “She’s always wanted kids. She’s been talking for a long time about it. I think they’ll have beautiful children, they’ll be really happy.”

April 11, 2005 – Jessica Simpson was photographed shopping in Malibu, California without her husband Nick Lachey on Sunday (April 10). After a shopping spree with friends, Jessica went to a Mexican restaurant for dinner.

How Should Jessica Simpson React To Lindsay Lohan’s Alleged E-mail?

April 9, 2005 – Our previous poll asked how you thought Jessica Simpson should handle the recent claims allegedly made in an e-mail from Lindsay Lohan to Paris Hilton. 26.6% said Simpson should make light of it and do T-Mobile commercial, while 21% suggested she should deny the allegations through her rep, and demand a gag for media interviews. So far it seems to be the latter. 17.4% said Simpson should file lawsuit against Lindsay, and 12.5% suggested the ‘Newlyweds’ star should take a polygraph, submit to a urinalysis and have press conference.