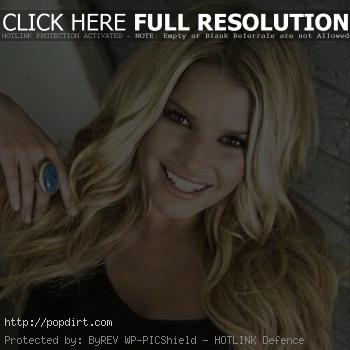 First, she was a pop princess. Then, a “Newlywed.” And now, Jessica Simpson is the hottest thing around – so says Maxim magazine. Jessica tops the mag’s Hot 100 list of 2004 beating out Beyonce Knowles (No. 2), Christina Aguilera (No. 3) and Britney Spears (No. 36).

“It’s nice to get the stamp of approval from the boys,” Simpson was quoted as saying. “It’s way better than being No. 101.”

Access’ Tony Potts sat down with Jessica and her husband Nick Lachey of 98 Degrees to break the news that Miss Simpson has been dubbed the world’s No. 1 Hottie.

Tony: Do you know who is the hottest woman on the planet?
Nick: Really? Not that I didn’t already know that, of course.
Jessica: That’s shocking to me. That’s so weird to me.
Nick: They finally know what I’ve known all along.
Jessica: Good answer.