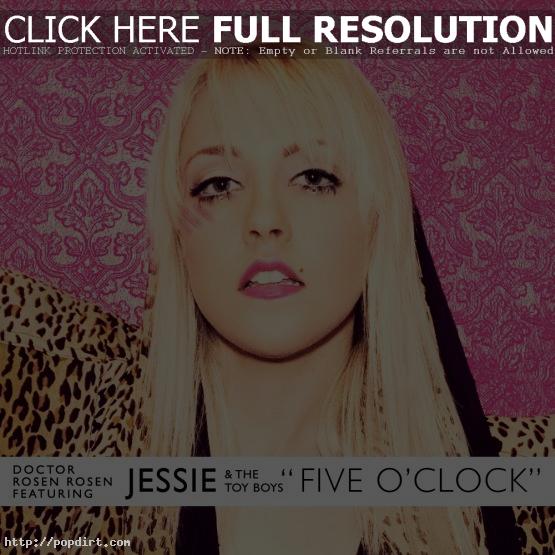 Jessie and The Toy Boys have contributed a track to the EP by Los Angeles based rogue-pop producer, Doctor Rosen Rosen, entitled ‘Girls: Volume I’, which was released this week. “‘Five O’Clock’ is the first song Jessie and The Toy Boys and I made together,” Doctor Rosen Rosen said. “Around that time, I was listening to a lot of the 80s girls groups that were produced by Prince (Vanity 6, Sheila E, Appolonia), which inspired the punchy Linndrum-sample-heavy beat of the song. A day before our session, I started the track and came up with the pre-chorus ‘Hello Hello Hello’. I was nervous to show her the idea because she was one of the first artists I worked with in Los Angeles, but she was in to it and we quickly wrote the rest of the song together. One of the things I love about working with Jessie, is that her lyrics are always engaging and paint a vivid story… in this case ‘you’ve got till five o’clock to get your sh** out.'” Listen to the track below and download the EP at doctorrosenrosen.com.