Jessie J Dared To Do A James Brown Impression By B.o.B 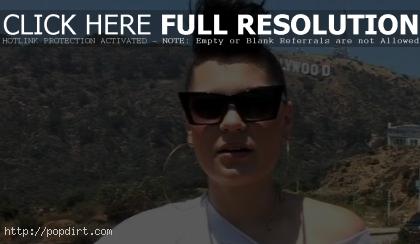 After getting fairly close to the Hollywood sign, Jessie told viewers, “This is the closest you can get to it these days because they’ve kind of like made it a no-go, so people don’t vandalize it so it says ‘ollywood’ or ‘Hollywoo’. This is an amazing view. So nice to do touristy things like this.” 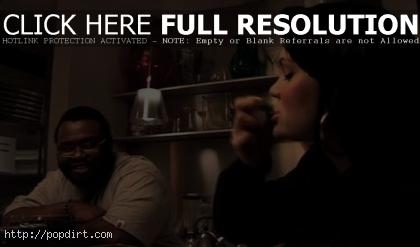 Jessie then advised, “Before we go and do the dare, I had the most amazing studio session with the incredible James Fauntleroy. This guy is one of my favorite writers, he’s wrote ‘No Air’ with Chris Brown, he’s written most of Chris Brown’s stuff. He’s amazing. Check him out. He is the creme de la creme of writers in LA. Mr. Fauntleroy decided to dare me at random, it wasn’t decided or discussed, to eat a tray of chili peppers, and the three ones I left because they were so hot and big, in 30 seconds.”

After completing the dare by B.o.B, she said, “The weirdest thing about LA wasn’t actually even doing the dare, it was I got all emotional about it, and then I got there and no one was even watching. So the James Brown dare was really fun, but no one really cared.”

One thought on “Jessie J Dared To Do A James Brown Impression By B.o.B”