Jewel: Being Home In Alaska Felt So Good 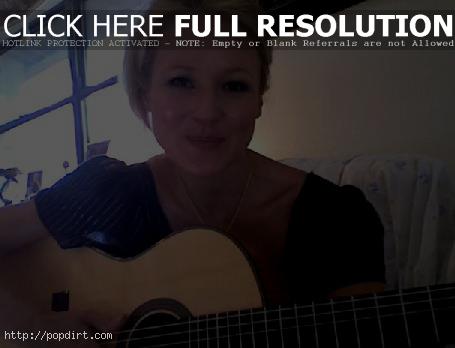 Jewel checked in with fans on her blog at her official web site on Tuesday (August 25), where the Alaska native talked about returning home to meet with family and perform. The singer songwriter tells readers:

Hello everyone! I had so much fun in Alaska! Man, being home felt so good. I get so homesick for the country up there. There is nowhere else like it in the world, and pictures and even film just don’t do it justice. It felt like food for the soul, letting my eyes drift across the steep and rugged and untouched terrain. I feel lucky to have been raised in what I can only describe as one of the most breathtaking and wild places in the world. I have traveled all over the world and have seen so many magical, beautiful and majestic places- but nothing like Homer. It’s the way the mountains climb right out of the ocean on jagged wings- turning grey and slate and green and navy all in turns, and how glaciers flash their shocking blue undercoats through crevices in the ice that become visible in the slow bends of the frozen flow. The country that raised me is big and wild and I wandered endlessly on my horse in open country, where there are still open ranges where cattle graze with no fences, and bands of horses run wild in that big beautiful country, and where wolves and bears are a real predator to guard against. I just love it up there.

The entire post and pictures at jeweljk.com have since been removed.