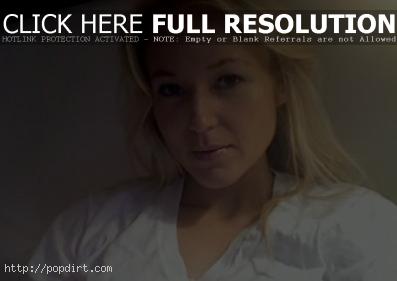 Jewel updated fans on her blog at MySpace (@jewel) on Monday (March 2), talking about ‘Dancing with the Stars’ rehearsals and plans to release ‘Lullaby’ on Mother’s Day. The singer songwriter tells readers:

I just finished recording my lullaby album, and it’s titled “Lullaby,” straight and too the point :) It should come out in time for Mothers Day- May 5th is the date it will be in stores. It’s not just “kids” album, per se- I call it a mood album. It’s something soothing to chill to at the end of a long day; good for kids, but written with adults in mind. Nothing up-tempo, just 10 songs I wrote, and a few standards like Somewhere Over the Rainbow and Twinkle Twinkle Little Star; I found 5 or 6 ‘lost’ verses, so I’m proud of this version. It’s a really acoustic record, kinda like ‘Pieces of you’ was – but no rhythm section. Just me and my guitar and a few cellos and mandolins and stuff like that.