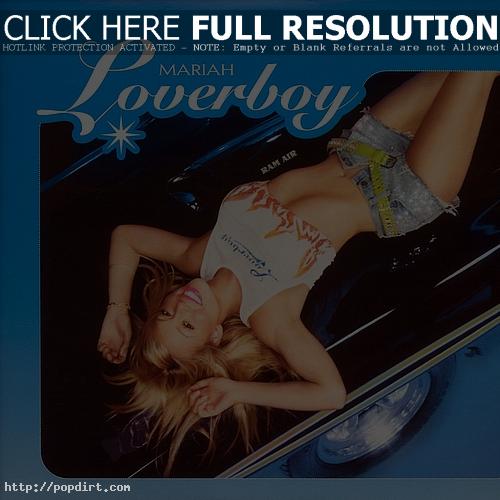 The New York Post reports Jennifer Lopez was the reason Mariah was sent over the edge. Mariah had sampled Firecracker by Japan’s Yellow Magic Orchestra when she recorded Loverboy six months ago but freaked after J. Lo released I’m Real with the same sample.

Mariah thought ex-hubby Tommy Mottola was behind the stealing of the sample and passing it off to his Sony prodigy Lopez.

During her interview w/ Allure in June, Carey ripped Lopez responding to writer Vanessa Grigoriadis’ revelation she had interviewed Lopez saying, “I bet that was really intellectually stimulating. I bet you could just see the depth in her eyes.”

As far as Lopez’s claim of being able to get 8 hours of sleep a night, Mariah retorted, “If I had the luxury of not actually having to sing my own songs, I’d do that too.”

September 4, 2001 – Jennifer Lopez tells German magazine TV Movie that her infamous backside is the real deal, “I’m a true Latino and that’s just how our bottoms are.”

J. Lo also talked of her relationship with Cris Judd saying it was fate she hooked up with him following her breakup with Puffy. Lopez admits, “Up until now I was always a giver in relationships and now I am taking something back. I’m not putting up with it any more.”

August 28, 2001 – Confirming earlier reports, Jennifer Lopez has now booked herself on the Latin Grammy Awards following the decision to move the show from Miami to Los Angeles.