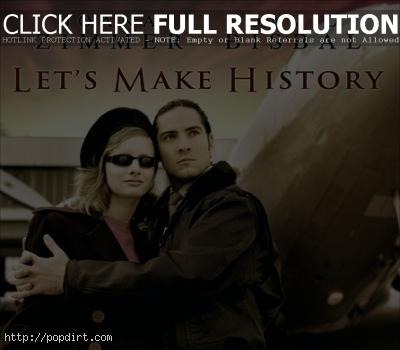 Joana Zimmer is out with the music video to her new single ‘Let’s Make History’, featuring David Bisbal. The track is featured in the new German film ‘Die Luftbrücke’, which tells the story of the spectacular airlift by the Allies in June 1948, when the Soviet occupying forces suddenly blocked all land approaches to West Berlin, thereby cutting two million people off from food supplies sent from West Germany. Watch it online below.

«Is Sandi Thom A Fraud?
Jewel Performs On ‘Stripped’»