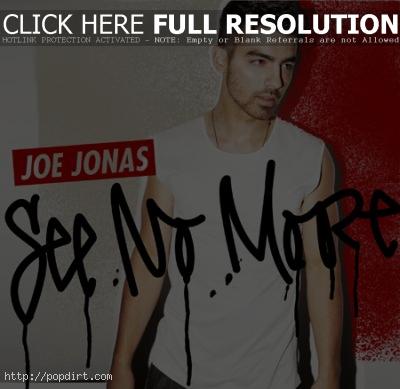 Joe Jonas is out with the music video to his new single ‘See No More’, the first release from the Jonas Brothers singer’s debut solo album ‘Fast Life’, out soon on Hollywood Records.

“I wanted to use a house as a metaphor of kind of being stuck in your own mind and you’re trapped in this headspace at the end of a relationship and everything around you reminds you of that person,” Joe told MTV Spain about the Paul Minor directed video.

July 1, 2011 Jeff C Multimedia No Comments
«Robyn Won’t Do Three Albums In A Year Again
Charice Knew 1 Day Singing Would Be Her Life»