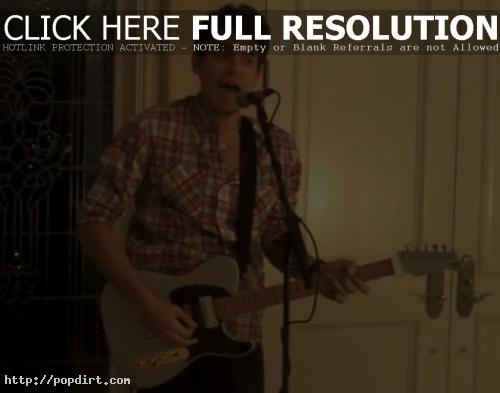 John Mayer doesn’t appear to be a fan of “The Most Trusted Name In News”, or at least their web site, taking a shot at CNN.com on his Twitter page (@johncmayer). The singer songwriter tells readers:

Change your homepage to www.bbc.co.uk or www.npr.org for one week and see if your brain doesn’t feel better.

Compare the “top news” headlines of CNN.com with either of those two sites and tell me if that’s how you want your IQ to be regarded.

And CNN.com, thanks for the story highlights. In case I didn’t have the motivation to read the FOUR PARAGRAPHS.

Scheana Marie Talks About Hanging Out With John Mayer

May 4, 2009 – John Mayer’s rumored girlfriend Scheana Marie sat down with YoungHollywood.com for an interview, hedging the status of her relationship with the singer songwriter while saying “like” at a disturbing frequency. Scheana said she was doing the interview to clear things up, but didn’t reveal much besides that she first met John when he was on a date with Jennifer Aniston, that “we’re hanging out”, not liking being labeled a “media whore”, and John has nice lips. Watch the interview below.

May 1, 2009 – John Mayer checked in with fans on his Twitter (@johncmayer) on Thursday, talking about a habit that people have in public restrooms that wastes water. The singer songwriter tells readers:

Do women flush the toilet in a public bathroom to mask the sound of their… you know, ‘bidness?’ Or is it just a guy thing?

I’m going to start a campaign called #loudandproud that will help conserve water by ending the mask-flush.

That sounds like an amazing feat of precision.RT @ChineseReyes women wait for other people to flush instead of flushing themselves

Ha!! RT @MattTheMitch another good route is turning on the hand dryer before entering the stall, but you need great agility.