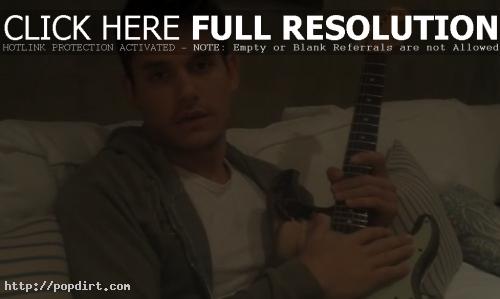 John Mayer’s rep is responding to a Star magazine report suggesting the singer songwriter is writing a tell-all book about his relationship with Jennifer Aniston. “Even for them, it’s a new low,” the rep remarked to PerezHilton.com. “They’ve dressed themselves up but they’re no better than the Enquirer. Despite their low standards it’s still not ok to make up stories and print them. Unfortunately, while we’re considering legal action, Star Magazine is already at work on next week’s cover story about some reality tv star’s secret marriage to Elvis.”

I’ll add: short pants, long sleeves. It doesn’t look bad on others, but with shorts and T I always feel like I’m on vacation at Disneyland.

Come to think of it, I WANT to feel like I’m on vacation at Disneyland! Let me edit to say a Predator on “To Catch a Predator”

Hey thanks! Senior citizens, although slow and dangerous behind the wheel, can still serve a purpose.

March 13, 2009 – Sources confirmed to People magazine that John Mayer and Jennifer Aniston have again broken up, putting an end to their romance after Jen returned home from Europe after promoting ‘Marley & Me’. “They had some disagreements and decided to not continue to see each other,” one source told the mag. “Jen is moving on with her life like she always does. She seems happy.” Another insider claims Mayer broke up with Aniston after she returned from Europe.

March 9, 2009 – John Mayer continued his bid to be Andy Rooney’s heir apparent on ’60 Minutes’ with his twitter posts on Monday (March 9). Mayer writes:

Since when did news headlines come with question marks? “Is Talking To The Taliban The Right Approach?” I don’t know! You tell me, THE NEWS.

Renting a movie from iTunes and thinking I’ll finish it before the 24 hour viewing period is just hopeless optimism.

This new socks designed specifically for the L and R foot are completely unnecessary. I will buy them.