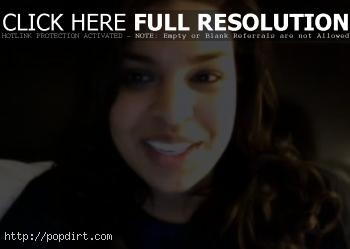 Jordin Sparks also posted a video update talking about the evening. “Okay, I just got back from the Jonas Brothers & Friends concert, and it was so much fun,” Jordin said. “I’m pretty wiped out right now. It’s been a pretty long day, pretty long week. It was so much fun. I got to go out there and sing ‘Superstition’ and do ‘No Air’ and Michael W. Smith was there, Steven Curtis Chapman, Phil Vassar, Brad Paisley, Martina McBride, ‘Broken Wing’, hello, who else? Vince Gill, Amy Grant, it was crazy. If I forgot somebody I’m sorry. We had a lot of fun. Chris Vitch was there. I got to say hi and see him. Now I’m here and getting ready to write and record some songs, which are gonna be really cute. I hope you guys stay tuned. I’m very excited about the new album. I’m gonna start recording this week. Hopefully the album will be out soon.”