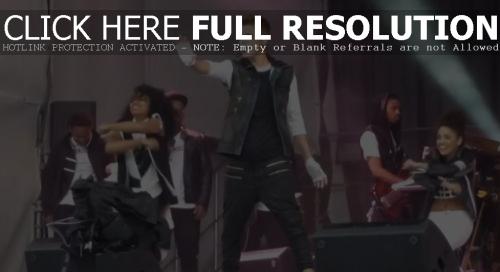 An insider tells E! Justin Bieber phoned former U.S. President Bill Clinton after video surfaced of the Canadian pop singer urinating in a mop bucket and saying “Fu** Bill Clinton” while doing his business. Clinton apparently wasn’t too offended about the situation, telling Bieber, “If that is the worst thing you have ever done, all is well.”

Since a friend of Bieber was apparently responsible for leaking the peeing video, Bill said Justin should keep an eye out for any potentially disloyal pals.

Bieber sent the following message to Clinton after having their chat:

@billclinton thanks for taking the time to talk Mr. President. Your words meant alot. #greatguy

«Katy Perry And John Mayer Living Together, Is Marriage Next?
Demi Lovato On Sex Tape Fame Vs. Respected Artist Fame»