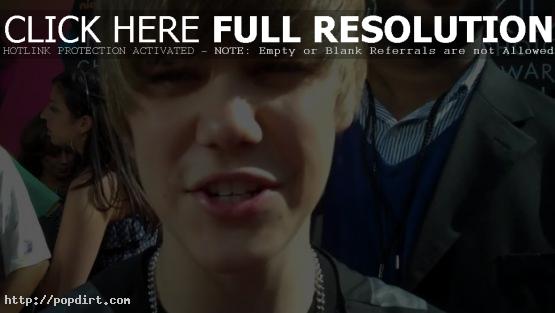 Justin Bieber checked in with his Twitter followers (@justinbieber) earlier today, reacting to some fans wondering why the 16-year-old hasn’t been flirtin as much with his legion of young female admirers. It could be because the Bieb is unhappy the new Twitter trending topic algorithm has largely seen his name disappear from the coveted top 10 list. Bieber writes:

I love all my girls on twitter. Lol I haven’t been feeling flirty lately lol too busy sleeping sry babe

I miss being a trending topic :(

Some fans may be wondering if there’s a way around the algo, and the easiest workaround would be to combine the Canadian pop star’s name with the date in a hashtag, a standardized format that wouldn’t require herding fans together with a different term day by day. There would be no coordination needed going forward as there would be thinking up new possible trending topic ideas. Since the hashtag would change every 24 hours, it would be a “new” topic an fit within the algo parameters, or at least until they change it again to quell the Bieber fever. So the variables would be:

1. Do you use first and/or last name?
2. What date format do you use?
3. Should the time zone be standardized and if so, which time zone should it be?

So the recommendation for the 3 variables Popdirt would suggest is that #1 would be full name to remove confusion. Date format would be MMDD (no dashes or slashes to break the hashtag), or the U.S. format, with year removed. Time zone would be Eastern Standard Time (EST), though if enough people do it it could create two trending topics and would be less confusing for those in their respective local time zones, making this a recommended standardization rather than a strict requirement. So as of this posting, today’s format would be #justinbieber0523.

I wasn’t hacked… my friend was messing with my twitter. guess I got some of my own medicine :) everything is all good