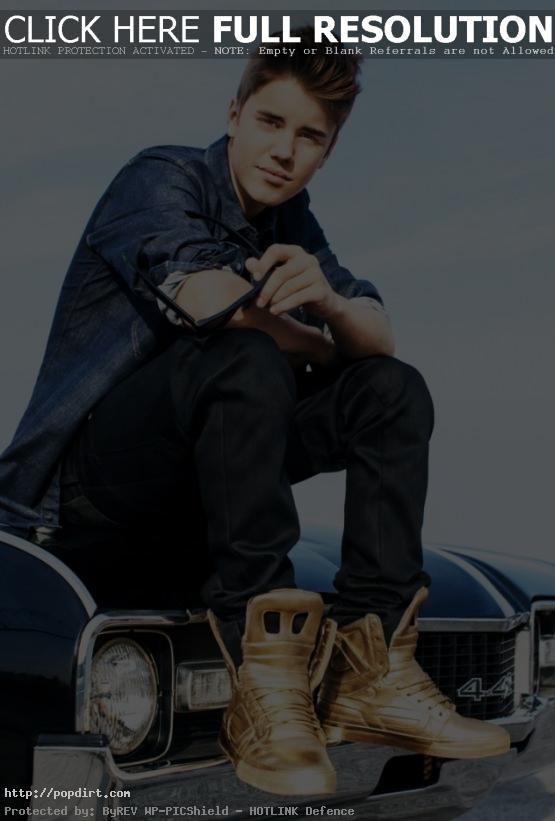 Justin Bieber sat down for an interview with ‘Top Billing’ on SABC 3 in South Africa recently. The Canadian pop star talked about how he’s eventually gotten used to his level of fame, playing the trumpet in high school, the struggles his mom Pattie Mallette had raising him at a young age, how he still gets feedback on his career from Usher and always having his iPhone with him.

On absorbing his rapid rise to fame, Bieber said, “Sometimes it can get pretty crazy and I have to be just like okay, is this real? But now I’m pretty used to it. It’s been pretty awesome.”

Asked why he played the trumpet in school, Justin responded, “I played trumpet in high school, like in middle school and basically I took a bunch of classes and I think I probably forgot how to play it by now. I definitely played the trumpet. I played guitar and drums and piano all the time on my tour, so it stays fresh.”

Questioned about the inspiration behind his Mother’s Day song for his mom Pattie entitled ‘Turn To You’, Justin said, “Just because my mom has been through so much, being so young. She had me when she was 18 and I know the struggles she went through and how great she raised me and how I was a tough kid to raise. I was always talking back, but she’s a great mom.”

Talking about his relationship with mentor Usher, Bieber said, “Usher is a super-talented great guy. He came to my last music video set for ‘As Long As You Love Me’ and just saying breath, take it here and remember to smile at this camera. He’s always giving me positive feedback.”

After the interviewer pulled out a snuggle bunny, she asked Justin if he had something similar that was a comfort from home. “Not really. I bring my iPhone everywhere,” he said. “So I’m always on my phone, that’s pretty much it.”