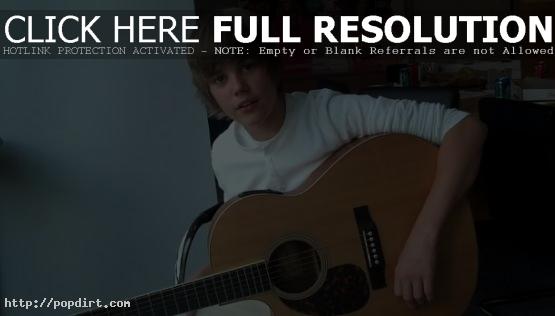 Justin Bieber checked in with his Twitter followers (@justinbieber) earlier today, talking about some of the online hate he’s received from the micro blogging service, including instances where they’ve been able to get #justinbiebersucks to become a trending topic. The 16-year-old writes:

to all the haters out there i wish u the best. U cant bring me down. I wake up everyday grateful 4 the opportunity and grateful to the fans

Sometimes this is the most fun ever. other times its really hard and there’s so much pressure. Thanks 2 everyone for the support. means alot

Some of the hate he’s received on Twitter includes homophobia and death threats. Most of the Bieb’s death threats have actually come from his fans who say “follow me or I’ll kill you” – not the best idea to make a good first impression. Among the hater tweets (with user names censored) Justin’s received in the past week:

Jac****adum Oh, and @justinbieber, just be aware that if I have the opportunity to murder you, I won’t think twice. I’ll barely even think once

str***er @justinbieber if you rt ONE MORE THING i will stab you in the eye, douchebag.

yll****say @JustinBieber just thought I’d let you know how much is love to FU**ING KILL YOU, YOU FU**ING BASTARD! WHY DO YOU HAVE TO LIVE #diejustindie

jasm****eark Hey @justinbieber.. just wanted to tell you that i realllllllllllly hate you and that you are such a kid and a bit gay. :/ GO DIE! – laraaa