Justin Bieber ‘Under The Mistletoe’ Out November 1st 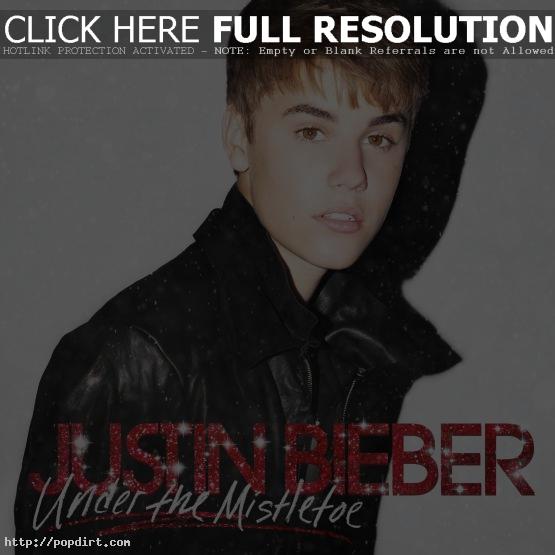 Justin Bieber will be releasing his first Christmas album ‘Under The Mistletoe’ on November 1st. The album is a seasonal mix of traditional Christmas standards and newly penned holiday music largely co-written by the Canadian pop singer. ‘Under The Mistletoe’ will be available both as a standard and as a deluxe CD + DVD edition. The deluxe CD edition includes 25 minutes of behind-the-scenes footage plus the video for ‘Pray’, along with four additional holiday songs. The album’s first single ‘Mistletoe’ will be launched worldwide on October 18th and the accompanying video was shot last week in Franklin, Tennessee by Roman White, who also directed Justin’s ‘One Less Lonely Girl’ video.

‘Under The Mistletoe’ Track Listing:
1. Only Thing I Ever Get For Christmas
2. Mistletoe
3. The Christmas Song (Chestnuts Roasting On An Open Fire) feat. Usher
4. Santa Claus Is Coming To Town
5. Fa La La feat. Boyz II Men
6. All I Want For Christmas Is You Remix – Duet with Mariah Carey
7. Drummer Boy feat. Busta Rhymes
8. Christmas Eve
9. All I Want Is You
10. Home This Christmas feat. The Band Perry
11. Silent Night
12. Christmas Love
13. Fa La La (Acapella)
14. Pray
15. Someday At Christmas

2 thoughts on “Justin Bieber ‘Under The Mistletoe’ Out November 1st”