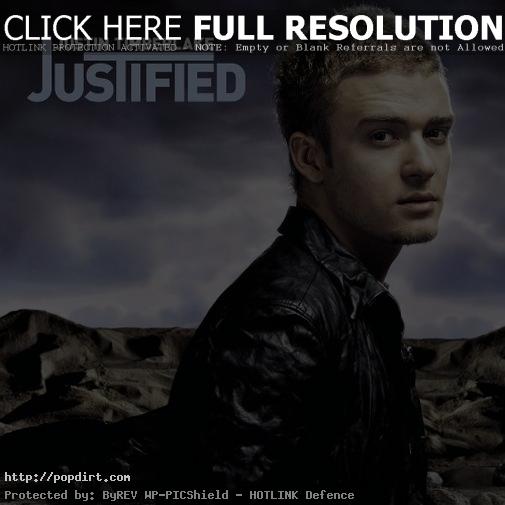 It’s been two weeks since Justin Timberlake’s album has dropped. After months of hype and an overload of media and paparazzi, is the album still worth talking about? The answer is yes. Fact: Justified is a CD that showcases incredible musicality, and the fact that it’s a first-time solo effort makes it even more amazing. Does it help that the artist is the most visual member of the successful vocal/dance group Nsync? Yes. Does it help that it has been produced by some of the most talented producers in the industry? Hell yes. Despite the obvious, you can’t deny Justin’s presence on the disk. Let me break it down:

Senorita: This song proves to be an excellent introduction to the album, with Pharell of the Neptunes introducing the main man, Justin. “He’s a friend of mine, and he goes by the name, Justin.” This intro is soon followed by Justin’s smooth, bluesy voice (minus the falsetto for the moment). Justin’s fun, charasmatic personality takes over the tune. This is, perhaps, the most fun song on the album. 9 stars

Like I Love You: A proven radio hit, and an instant club banger, all in one. The raw guitar riffs seem to be an ideal match for Justin’s soaring vocals on this track. Add in a cameo by the Clipse, and you’ve got an obvious first single. 9 stars

(Oh No) What You Got: Arguably some of the best production on the album. Timbaland’s smooth beats fit in perfect with the sexy lyrics of the song. “Tell me, what would you do if I encouraged you to get next to me when nobody’s watchin?” The ad-libs are inventive and the chorus screams single material. 10 stars

Take It From Here: With this track, we take a break from the fun dance tunes, and slip into something a little more…sappy. I don’t care for the cheesy, and sometimes confusing lyrics in the verses of this song. Reason not to skip the song: the violin arrangement and guitar makes for some of the most beautiful music on the record. 5 stars

Cry Me A River: Good pick for a second single. Timbaland can’t be denied production-wise, and add in some of that good old Justin soulful-angst that we got a taste of with “Gone,” and we have another incredible track. 9 stars

Rock Your Body: A trip back in time. This is a very nostalgic piece, one that’ll make you wanna hit the dance floor and forget about the fact that this song is sung by ‘that guy in that boyband’. There is a really great cameo by an unknown Vanessa Marquez, who adds a little feminine flavor to the song. Justin and Vanessa together are a good match vocally. Their harmonies are tight, and it definitely leaves the listener interested in the newcomer. 7 stars

Nothin Else: This song is far left than any other song on the album. Justin really took a chance with this one. The vocals are low, the mood is mellow, and the congo drums and keyboard makes this track good for playing over dinner or during a bubblebath. The lyrics are quite fresh as well. It’s basically a song about a girl that is so incredible, so perfect, that you’re convinced she’s not of this world. With lines like, “You taught me to use my heart and forget my eyes, and that’s the way to his kingdom of eternal life,” we forget that Justin is merely 21 years old. The song is timeless. 10 stars

Last Night: Although this song is another banger, it has some of the saddest and hopeful lyrics on the album. “Do you remember in December? We were walking holding hands, and I was your man.” Lovely. 10 stars

Still On My Brain: This is the only song not produced by the Neptunes, Timbaland, or Brian. This song is basically telling this girl that although they aren’t together anymore, he still loves her and sees her in a certain light. It showcases some of the best vocals by Justin. It’s a bittersweet song that is obviously not carried by the production, but by Justin’s honest lyrics, and his not-surprisingly convincing heartbreaking vocals. 10 stars

(And She Said)Take Me Now: The second of the three tracks that contain cameos. Janet Jackson’s breathy chorus only adds to the sexual tension that is created by the lyrics of the song. Lyrics such as “I feel good to you. You try to hide, but I can tell by the way you push up close to me.” or the grittier “Let’s hit the floor and cause a scene-get real wet if you know what I mean,” sends the listener an obvious message. Towards the end of the track, we’re treated with an extended remixed part of the song that definitely makes you wanna dance. 7 stars

Right For Me: This song comes in second on the fun song meter. Justin switches up the vocals on us again and creates a sort of southern, hip-hop feel to the song. Add in some of Timbaland’s beatboxing, and rap from Bubba Sparxxx, and it’s magic. “The way she took hand up so calm and touched it to her cherry lip balm, a million nasty thangs went through my mind.” The ad-libs towards the end of the song reminds us of his musical ability and good hear. Another club banger. 10 stars

Let’s Take A Ride: Chalk this song under the smooth and mellow category. Justin surprises us with his ability to do all of his own harmonies on the bridges without the help of his bandmates-a tedious job indeed. “Got laid off at your job today. You’ve been workin’ at this place for years. Though you we’re underpaid, mami that place isn’t worth your tears.” Ahhh, a breath of inventive, fresh air. Well done, Justin. 7 stars

Never Again: A tearjerker to say the least. This song is stripped down to a piano(played by Mr. B. McKnight), some strings, and Justin’s raw, emotional voice. Emotional indeed. This song is the new anthem for anyone who’s ever been in love, anyone who’s put it all on the line for one person, only to have their dreams and future crushed. “Would have given up my life for you. Guess it’s true what they say about love, it’s blind.” Damn women! Oh, wait…anyway, in a nutshell, the song was definitely the best way for Justin to end the record. It sums up all the screaming emotion of each track. 10 stars

To me, one of the most interesting things about this album is that it has a theme. It’s showcases total heartbreak, but not total defeat. Though love is still evident, there is that feeling of just goin’ out and havin’ fun living the single life. Conclusion: If you like to dance, have fun, chill out, maybe cry a little bit, this album’s for you. It’s something that most people wouldn’t expect from Justin, and the surprise is quite refreshing.