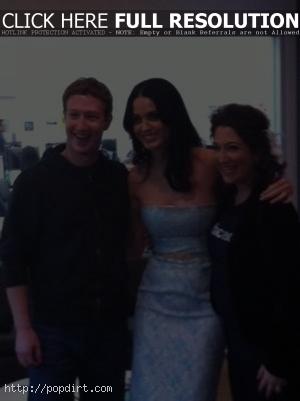 Katy Perry announced during a live appearance on Facebook that her California Dreams 2011 world tour is coming to North America this summer. The North American leg of the tour sponsored by Schick Quattro for Women will start on June 7th in Atlanta, Georgia and will run through August 14th with two hometown shows in Katy’s hometown Santa Barbara, California. To support her sophomore album ‘Teenage Dream’, Katy will kick off the California Dreams tour on February 20th in Lisbon, Portugal, traveling throughout Europe, the UK, Australia and Japan before hitting stateside in June.

Katy is planning on interacting with fans through social media networks throughout the California Dreams tour. Using Facebook Places/Deals, fans will be able to check into the venues each night to receive special treats. Fans will also be able to submit their own photos of the show via Twitter which will be incorporated into the live show and also live on katyperry.com. In addition, Katy has also partnered with I Love All Access to provide a variety of VIP ticket packages, including premium seats, meet and greets, photo ops, pre-show parties and more.