Katy Perry: I Use Baby Wipes, Not Toilet Paper 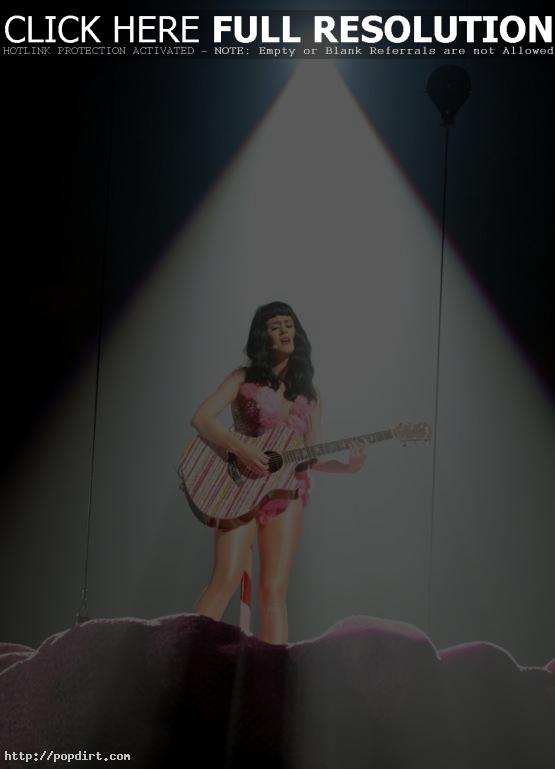 Special K of Houston’s KRBE went to the Katy Perry pool party in Los Angeles for a “Part of Me 3D” movie promotion. The DJ went as “out of touch guy” to interview the pop singer, asking her about being Texas Governor Rick Perry’s daughter, how actress Zooey Deschanel stars in her movie, the inspiration for ‘Hot N Cold’, being an extraterrestrial who joined Lil Kim to spawn Nicki Minaj, and how she prefers to use baby wipes over toilet paper to clean the crevices.

On being Rick Perry’s offspring:

Actually I’m not really related to him, but it’s a coincidence that we have the same last name.

On Zooey Deschanel starring in the movie:

Well, actually we’re kind of friends, and it’s strange. I think that God really liked the look of me and her, and that’s why he made two of us.

On ‘Hot N Cold’ being inspired by a faucet:

You know, it’s true. It’s probably not appropriate to tell you the real meaning of that song until you’re mature enough to handle it.

On how many Justin Biebers she could take on in a brawl:

On being an extraterrestrial:

I like to communicate with the aliens sometimes through meditation, but that might be stretching it too far.

On having a secret love child with Lil Kim named Nicki Minaj:

Yeah! I’m gonna make that rumor a confirmation right now. How many licks does it take to get to the center of the lollipop? I love Lil Kim wear she wore that little thing with the boobie hanging out. Little pasties. I wish I could do that but mine just hang to my knees.

Honey I don’t use that stuff. I’m actually a really big fan of baby wipes, because they’re so dynamic in their usage. You can use them for so many different things. To take off your makeup, to do one of those quick showers. To clean things in crevices.

«Katy Perry Sticks Up For Chivalrous Justin Bieber
Action Item To Tour U.S. With ‘Until It’s Over’ Documentary»