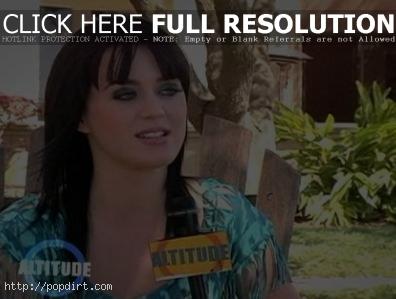 In part two of her interview with Altitude TV, Katy Perry talked about her turn ons, including people that are funny and a man who can write a song about her, as well as turn offs, like someone who is too into themselves. Asked if she ever had a celebrity musician crush, Perry said, “Yes, but I found out that they were all gay… or dead.” Perry also said she’s a big fan of ‘The Office’ and ‘Human Giant’, ending the interview by accidentally saying the biggest rumor about her was “that my boobs are real… fake! Boy, I really fu**ed that one up!”

The interview, featuring highlights from her CD release party performance, has since been removed at Bing.com.