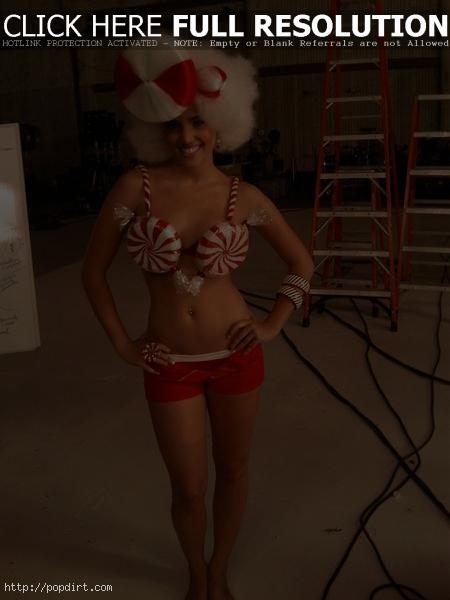 Katy Perry checked in with her Twitter followers (@katyperry) on Friday before and after shooting the video for her new single ‘California Gurls’, the first release from the pop star’s second major label album ‘Teenage Dream’, due out in August via Capitol Records. The 25-year-old writes:

@MDMOLINARI r u ready 4 ur close up? Hair, makeup, nails, colonic, wardrobe r waiting! Yes, they even have it in ur size 2day! #lilgrldreams

Got 4 hours of sleep today. Sitting in hair & makeup… Anticipating. Thanks 2 everyone involved. NOW who wants to see some TWITPICS today?!

After dinner mint anyone?

@snoopdogg thanks for always being a true pieeeemp. You took the video HIGHER! :) see you soon @ u know where babe!