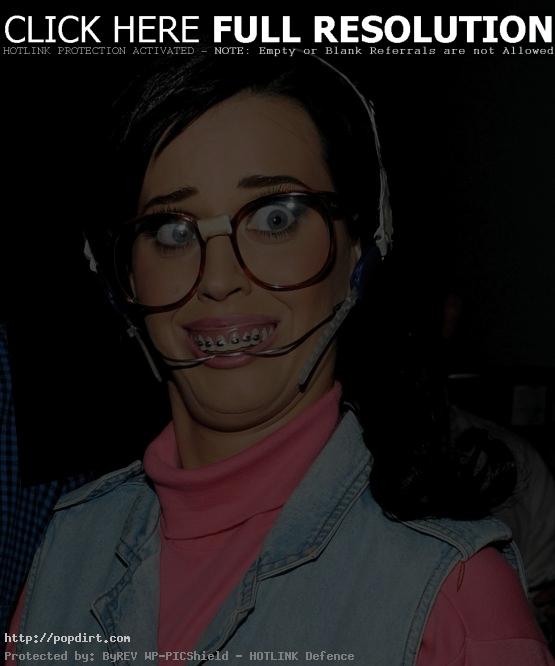 J-Si of Kidd Kraddick in the Morning went to Los Angeles to talk to Katy Perry about her new movie, but when he showed up to the interview dressed for a pool party shirtless, she wasn’t sounding too comfortable. Katy proceeded to talk about helping employ people with the movie, came to the defense of Justin Bieber’s paparazzi entanglement and expressed a distaste for punking people.

On being turned on by J-Si:

I’ve lost that type of emotional vulnerability in the past few years… No, I’m very turned on. I should probably just keep my hands on the table.

On giving people jobs and plucking them out of obscurity with her ‘Part of Me 3D’ movie:

Was Selena there? Was he protecting her? Well that’s called chivalry! Don’t get it twisted, and I love Justin Bieber. He can do no wrong in my eye.

Actually I don’t like punking people, because I had to do it the other day, and I hated it. I felt gross inside and I needed to go home and pray and I did.

Watch the interview, and her brief conversation on the phone with J-Si’s wife Kinsey, via YouTube below.

«Katy Perry Felt A Big Wave Coming & Wanted To Document It
Katy Perry: I Use Baby Wipes, Not Toilet Paper»