Katy Perry ‘Thinking Of You’ Video Behind The Scenes 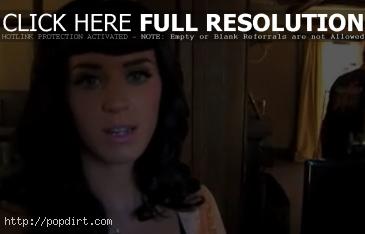 Katy Perry posted behind the scenes footage of her 40’s inspired video for ‘Thinking of You’ on her MySpace TV page. Perry and her sidekick Markus Molinari offered some commentary on her bedroom love scene, followed by the picnic and tubing scene during their summer of love.

“I’m really excited for this music video,” Perry says at the end of the clip. “I’ve always had a vision for this song. Some songs I don’t really see it in motion, but sometimes I see a song so strongly that for this one in particular there’s a chemistry, there’s a pain and regret.”