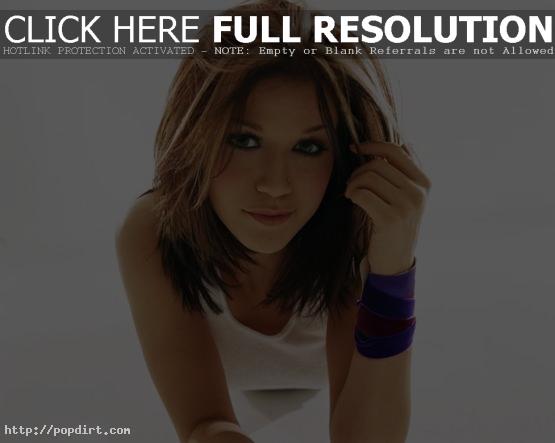 ‘American Idol’ season one champ Kelly Clarkson spoke with Liverpool Echo about going blonde. “I got bored one day,” she explained. “I’m naturally blonde, just not this blonde. But I’ve been dyeing it dark since I was young, because everybody in Texas has big bleached blonde hair, and I didn’t want to be like everybody else.” The entire story at icnetwork.co.uk has since been removed.

Divorce Not An Option For Kelly Clarkson

June 30, 2005 – Kelly tells Cosmopolitan when she does get married, “divorce won’t be an option.” The singer explained, “My dad finally left us when I was six. He went to start a new family with a woman we all knew. My most vivid memory is of his back – him walking away from me. My biggest goal in life, apart from my career is to have a successful marriage. Divorce won’t be an option.”

June 26, 2005 – ‘Top Of The Pops’ caught up with Kelly for a Q&A and asked the ‘American Idol’ season one champ if she thought success in the UK was really important, since she’s already big in the states. “Yeah, I mean my biggest goal with this record is to be more in Europe,” she said. “Like I’ve done really well in Australia and Asia and everywhere else, but Europe I haven’t really come and toured or anything. So my big thing with my management is to come more in Europe and kind of get over here.”

The complete transcript at bbc.co.uk has since been removed.