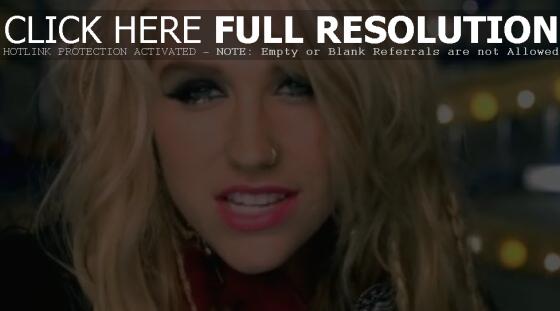 Kesha Sebert, aka Ke$ha, is out with the music video to her new single ‘Blah Blah Blah’, featuring 3OH!3, the second release off the Nashville, Tennessee pop singer’s debut album ‘Animal’, out now on RCA. “The whole concept of the video was a bunch of douchey guys macking on me as usual, and me making them eat their toupees or other various items,” Kesha told MTV. “At one point, I get to be strapped to this harness and bouncing around everywhere, and it was really cool.” Watch it via Vevo below.