Kesha Explains The “Suck It” Tattoo In Her Mouth 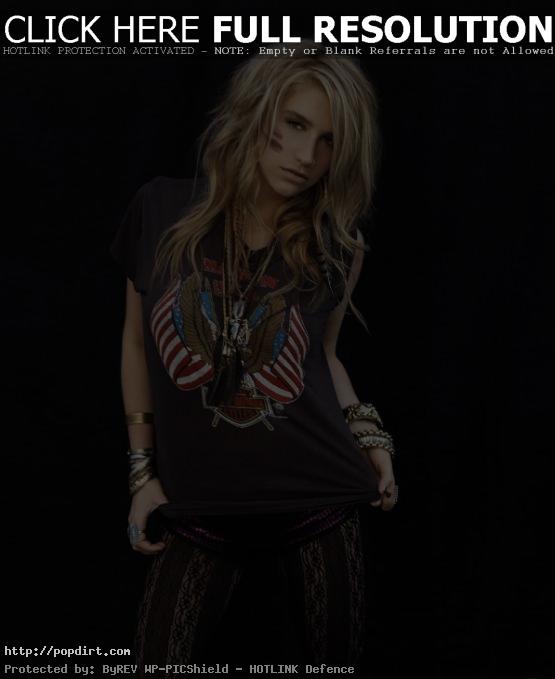 Kesha “Ke$ha” Serbert visited Kiss FM in London recently, talking to Rickie, Melvin & Charlie about her new album ‘Warrior’, guilty pleasures, costumes she has worn on Halloween, and some of her tattoos.

On what the new album title ‘Warrior’ came from, Kesha said, “That actually was inspired by my fans, by my animals. I went on tour for like two and a half years and I met so many of my fans around the world and they kept telling me how my music got them through something, whether it was a breakup, or a workout, or being bullied or harassed. I have a lot of gay and lesbian fans who were being just harassed for their sexuality, and I myself have gotten completely dogged online, plenty, but I empathize with people that get like terrorized for just being themselves, so I thought instead of being a victim, I’m a warrior. I stand up to it and I don’t want people changing me. I’m hoping that the term warrior and the title warrior would inspire my fans to become warriors.”

Explaining the “suck it” tattoo on the inside of her lip, Kesha said, “The mouth tattoo, although you’re being a pervert, and I know exactly what you’re thinking, was purely because I was thinking about people that, hater’s gonna hate, you know what I mean? So they can all just suck it.” The singer added that when getting that particular tattoo, she was “drooling blood. It was gross.”