Kesha: I Really Can Sing 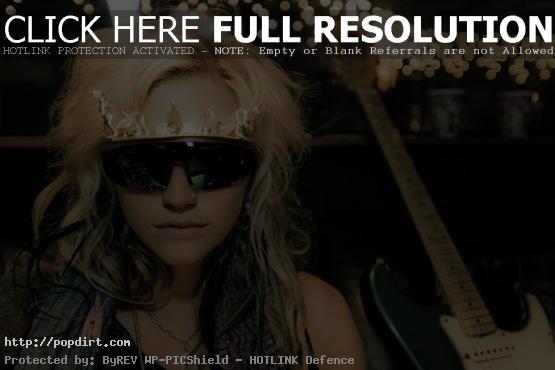 Kesha “Ke$ha” Sebert stopped by The Ralphie Show on 95.5 WPLJ in New York City recently, talking about how she was the first white woman to appear solo on the cover of Vibe magazine, the mixture of genres on her new album ‘Warrior’, as taking on critics who think she can’t sing with her ‘Deconstructed’ EP.

“It is shocking, but also massively flattering,” Kesha said of the Vibe cover. “On this record especially, I worked with so many different genres of music from Iggy Pop to Flaming Lips and The Strokes and The Black Keys and then will.i.am and Nate from fun. and there’s so many different genres of music represented, I feel with that laundry list of people and I think the Vibe cover just reinstates that there are no boundaries, especially with genre boundaries in music, there aren’t any anymore.”

As for the idea of an over-saturation of remixing and Autotuning of music, Kesha said, “For me and my musical journey, I kind of wanted to bring in some elements of rock n’ roll. I brought in more guitar and a lot of feedback and I lost Autotune, and I tried to keep the vocal trickery to a minimum, because I kind of feel like mixing a little bit of organic with that super perfect electronic drum sound. That was kind of in my mind where I wanted my music to go. For me, I loved dancing and I loved four-to-the-floor, but I also love the rawness of real instruments and guitar that’s feeding back and is imperfect.”

Kesha then commented on those that still can’t think she can sing and requires Autotune, stating, “I was like, it’s really irritating when you can do one of three things in your entire life, and everyone is like, ‘You can’t sing’, and I’m like, ‘Really?’ Fine. I’m gonna sing, a lot, so you can’t talk about how I can’t sing, because I really can sing.”