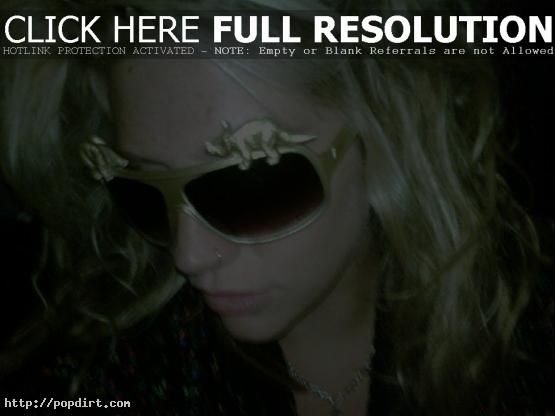 Kesha “Ke$ha” Sebert joined Kylie Speer on a hotel room bed to talk about her second album ‘Warrior’, what she did since releasing her debut ‘Animal’, working with Iggy Pop on the project, wanting to bring some guitar and rock music into her pop sound, the message behind her latest single ‘Die Young’, the song’s accompanying music video, and more.

On her time off between albums, the pop singer explained, “I went on a bit of a spiritual journey because I had been on tour for like 2 1/2 years. When you’re on tour, you’re surrounded by so many people all the time, so I wanted to just go off by myself for a minute. I just went off for a little over a month, and then I had people really up my ass to get back in the studio. So then I got back in the studio and have been ever since for the past nine months.”

As for her songwriting process, Kesha said, “I’m always writing. I’ll write even in my sleep. I’ll write things on my hand and wake up and say what in the hell did that even mean? I’m always constantly writing and I was inspired by my tour and my fans inspired me a lot, but this spiritual journey I went on inspired me. It’s where I came up with the title ‘Warrior’. Also my fans really inspired that, because I feel I’ve heard so many stories of my fans across the world who have had to go through some sort of crisis, and had to really fight to be themselves through something, and I wanted them to feel like they’re all warriors, because I feel that is something we all have inside of ourselves. Either we can be a victim, or we can be a warrior, and I wanted to inspire that with my fans.”

Asked what the theme of ‘Warrior’ is, Kesha responded, “I’d like to say magic. I hope it’s a magical record, like the magic of life. There are party songs, but there’s also songs about ghosts and regressing into a past life experience, which is something I did. And my car, which is like a metal beast of an American made car. I just write about all sorts of crazy sh**, so I wanted to write about the magic of life.”

Discussing her collaborators this time around, Kesha said, “I wanted to work with Iggy Pop, because he and Marc Bolan are the two people I repeat all the time, so I really wanted to work with him, and I’ve been stalking him for years, and I finally got to him. I was like ‘Let’s just do it’, and he was down. He was the most amazing human on the planet, so I’m really proud of that collaboration. We wrote a song together called ‘Dirty Love’ and it’s just screaming. It was so fun.”

On the message behind ‘Die Young’, Kesha explained, “I try to live everyday as if it could be my last, because you never know, so I think that everyone should just live, right now.”