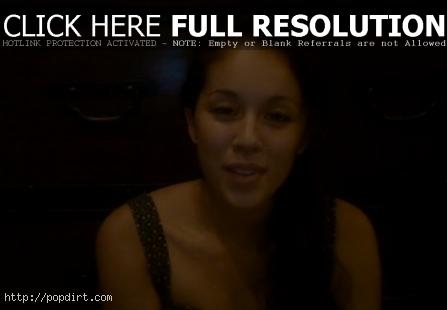 Kina Grannis covered ‘Blood Bank’ by Bon Iver in her latest YouTube video. Afterwards, the singer songwriter talked about losing her voice and being excited to tour with Daniel Bedingfield and David Archuleta.

“I don’t know what’s happening,” Kina said about her vocal troubles. “I don’t think I’m sick and I definitely wasn’t singing that loud, but halfway through recording this my voice just disappeared. I managed to get most of the harmonies in. I wanted to add two more, but I just, nothing comes out, because they were really high ones, and if I try to sing high, there’s nothing. It’s really weird. I tried honey and lemon and tea, nothing worked. Anyways, hopefully it comes back soon.”

Talking about what was coming up for her, Kina said, “So this week is very exciting. I will be writing with two musician who I admire very much, my friend Daniel Bedingfield and the lovely David Archuleta, so it’s gonna be a very exciting week. That’s why my video is on time because I won’t have time later. Album update. I’ve finally chosen the album cover photo, which is exciting, and we’re sending that off to my designer this week and we’re gonna get going on that.”