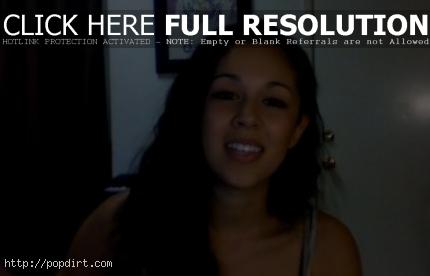 Kina Grannis’ latest YouTube acoustic performance is a cover of Chris Brown’s new single ‘Crawl’. Kina apologized for not having a video up last week due to being sick and she previewed her show last night at the Troubadour.

“Sorry that I didn’t get a video up last week. I got sick and my voice was gross and I was freaking out because I had my big show this week, so I couldn’t really sing,” Kina explained. “I couldn’t really do much of anything, but I think I’m almost better. My voice is 75% right now. Hopefully it will be 100% by Wednesday. So yeah, Wednesday is at the Troubadour in Los Angeles. It’s an all-ages show. I’m super excited. I’m playing with my band and they’re amazing and we’ve been practicing a lot. It’s gonna be really fun.”

December 24, 2009 – Kina Grannis’ latest YouTube performance is a cover of the Big Crosby holiday classic ‘White Christmas’, featuring her sisters Misa and Emi. Afterwards, she reminded viewers about her ‘Stairwells’ album and the Troubadour gig on January 13th. Watch it below. 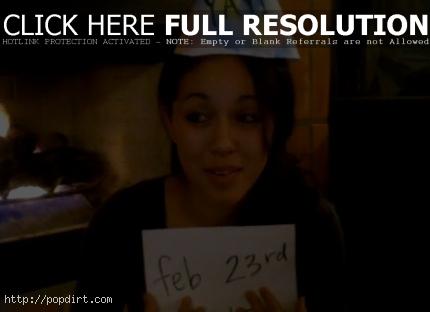 December 9, 2009 – Kina Grannis posted a cover of ‘Fireflies’ by Owl City as her latest YouTube clip. Afterwards, she talked about how her new album is called ‘Stairwells’ and will be out February 23rd. “I went through several names, and this one was just right,” Kina said.

“The other announcement is much more exciting, that is that I finally have a release date. I almost can’t contain my excitement here. I kind of never thought it would happen, but it’s happening and I’m scared and I’m pumped and I just can’t wait for it to be in your ears and in your home,” Grannis said before announcing the February 23rd release. “I cannot express how excited and slightly nervous I am. I’ve put so much into this album. So much time and so much everything.”