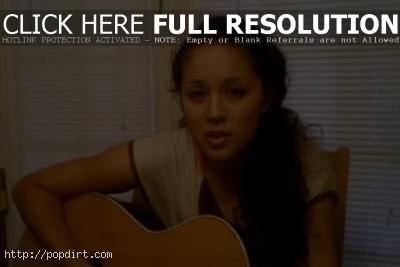 Kina Grannis’ latest YouTube video features the singer songwriter performing a cover of the Taylor Swift single ‘Love Story’. Afterwards, Kina talked about her recently completed Teeny Tiny Tour and wanting to do a bunch of them thanks to the success of this one.

“So I just got back last Friday from the Teeny Tiny Tour and I can’t even express how much fun it is, it was,” Kina said. “I just had the best time and I was so happy to finally meet these people on the east coast and in St. Louis that I had never met before. Everyone was just amazing so thank you so much for coming out and supporting me.”

Kina Grannis Performs ‘Back To Us’ 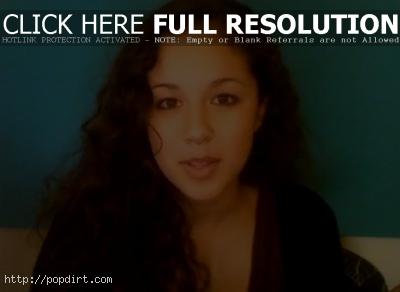 January 27, 2009 – Kina’s latest YouTube video features the singer songwriter performing a new song she wrote with Rich Jacques and Rob Giles called ‘Back To Us’, where Kina shows off her ukulele skills.

“I wrote that song with my producer Rich Jackson and our friend Rob Giles actually,” Kina said after performing the song. “I’m playing it on my Grand Rapids Ukulele from Hawaii, and I love it.”

Afterward, she talked about her show at The Coach House on February 20th and hopes to release her new album “late spring-ish. I’m really excited about it.”

Kina Grannis Covers ‘For No One’ By The Beatles 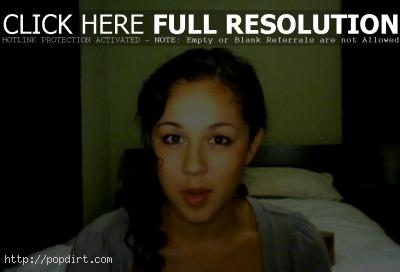 January 21, 2009 – Kina’s latest cover performance on her YouTube channel features the singer songwriter singing ‘For No One’ by The Beatles.

Afterward, Kina talked about how excited she was to be back into show mode in the new year, with a gig at The Coach House in Orange County on February 20th.

“I’m finally getting back into show mode and I’m really excited because next month, on February 20th, I have an all ages show in Orange County at the Coach House. I’m really excited, I’ve never played there but I used to go there when I was little, so it’s very cool,” Kina said. “Order online before the show. Bring friends. It will be really fun. Come say hi to me because I like to meet people.”

January 7, 2009 – Kina posted a cover of the Eisley song ‘Trolleywood’ on her YouTube channel. The singer songwriter was joined by her younger sister Emi (right) and big sis Misa (left). Afterwards, Kina hoped everyone had a happy holiday and thanked fans for sending her Christmas and Happy New Year cards.

“So I hope that everyone had a happy holiday time,” Kina said, “and a happy beginning of the New Year. Thank you to everyone that sent me Christmas cards and Happy New Year cards. It was much appreciated. I’m actually still in the process of opening them so I’ll thank you more another time.”