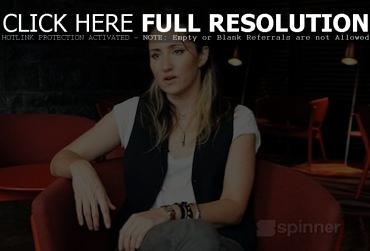 Spinner recently caught up with KT Tunstall at Manhattan’s Standard Hotel to discuss her new album ‘Tiger Suit’ and its inspiration. In the exclusive video interview, the Scottish singer-songwriter explains the album title, its relation to her songs and Linda Perry’s influence on the recording. “I kind of had no idea how it was going to play out writing with her,” Tunstall said of Perry. “I walked in her studio and there was just this huge print of Led Zeppelin as soon as I walked in and I was like, ‘We’re gonna be okay. It’s gonna be good.’ We hit it off like a house on fire.” The interview video at AOL.com has since been removed.