Kylie Minogue Checks In Before Fourth Single Is Released 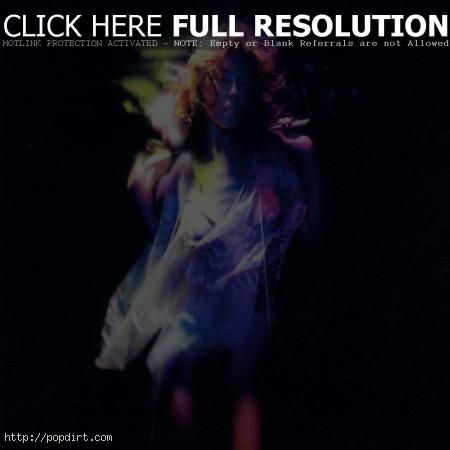 Kylie Minogue checked in with fans on her official website for the first time in a couple months on Monday. Kylie said, “Here we are getting ready to release the fourth single from ‘Fever’. It wasn’t long ago that I was on the set on one of the hottest days of 2001 filming the video for ‘Can’t Get You Out Of My Head’. The next single [‘Come Into My World’] has some great remixes, including one from the fabulous and inimitable ‘Fischerspooner’. You might have felt things have been a little quiet but there has been much activity at Kylie HQ. Beyond the increasingly ridiculous stories and rumors about all manner of things (A producer by the name of Mr. Simpson has a vivid imagination as no-one I even KNOW has heard of his ‘War Epic’ film!?). The DVD is now complete. We’ve produced a one hour documentary for TV. The album has been repackaged for Christmas. We are waiting on the finished video for the new single and preparing for the TV performances, and my lingerie line is expected to launch in the UK around Valentine’s Day next year. As for dolls, we are working on it. So I hope you like what we have in store for you. Love you all.”

October 9, 2002 – The Sun reports Kylie Minogue and Robbie Williams are set to star in a cinema remake of cult animated series ‘The Magic Roundabout’. Kylie commented, “I am really looking forward to it, I remember it so well from childhood.” A source close to the project added, “This is an amazing cast – it’s bound to be a massive hit. Stars like Kylie and Robbie will bring their own personality to the animated stars.” Production has already started and the film is set for release in 2004.