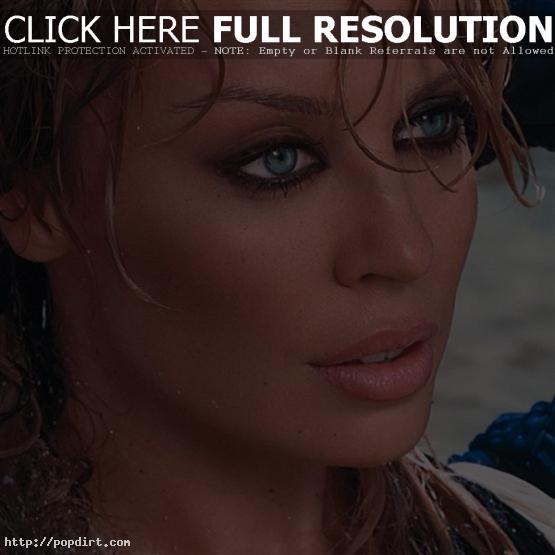 March 15, 2004 – The Mirror reports fans of Kylie Minogue braved freezing conditions at the Bravo Supershow in Hanover, Germany, on Saturday, where more than 9,000 fans waited for hours to see the Aussie singer live. “She looked sensational and was so nice to the fans,” an onlooker said. “She didn’t seem to mind the cold – she just couldn’t stop smiling.”

March 11, 2004 – The Daily Star reports Kylie Minogue has been blamed for a series of auto accidents in Hollywood, blamed on a billboard of the pop star’s new album ‘Body Language’. “Kylie looked so hot, I couldn’t take my eyes off of her,” motorist Jamie Lukanic admitted. “Now my Porsche is crushed.”

March 9, 2004 – Top of the Pops reports that The Daily Star, who first published the story that Kylie Minogue had claimed to be “bigger than” Destiny’s Child star Beyonce Knowles and took shots at Christina Aguilera and Britney Spears as well, has printed an apology, admitting they had their facts wrong, and the Daily Express is doing likewise. “Kylie is a fan of these artists and would never put them down,” a spokesman said. “She has never been in the habit of criticizing fellow artists, as anyone who had ever met her would know. It’s upsetting for her that people would make such false claims, hurting not only Kylie but other artists as well.”

March 4, 2004 – Kylie Minogue spent a whole hour with Chris Moyles of Radio 1 answering some of the questions that listeners sent in, including if she only wears LoveKylie underwear, her thoughts on tangerines and the Chuckle Brothers. BBC.co.uk has since removed the audio.