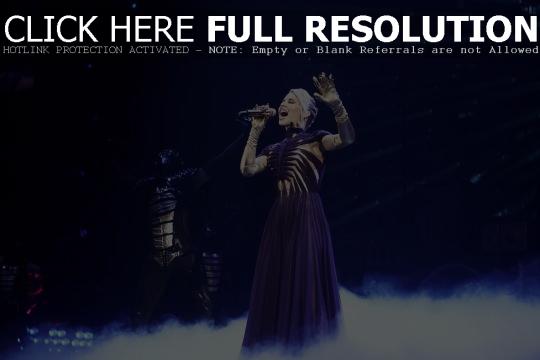 Kylie Minogue looked elegant in a pretty dress on a sunny spring day in London on Tuesday (March 16). Check out pictures from zimbio.

The singer had positive things to say about a couple of her pop peers on her Twitter (@kylieminogue):

Current loves…new SIA album (produced by Greg Kurstin) and Florence (as in Machine)…yeeeeeEESS!! Playing them both this morning :)

March 9, 2010 – Exclusive footage of Kylie Minogue filming her scenes for the video accompanying the Haiti charity single ‘Everybody Hurts’, directed by Joseph Kahn, has been posted at YouTube. Watch the Australian pop star get covered in baby powder before being on the receiving end of a wind machine below.

Kylie Works Hard In The Studio With Stuart Price

March 5, 2010 – Smiley Kylie Minogue was spotted leaving her London home dressed in a animal print jacket on Friday (March 5). The Australian pop singer later had some messages for her Twitter followers (@kylieminogue):

Worked hard in the studio with Stuart Price today…whooooop!!! :)
Check my friend, Jeff Leatham on his website… jeffleatham.com …he is genius AND gorgeous!! I will appear on his show soon :)