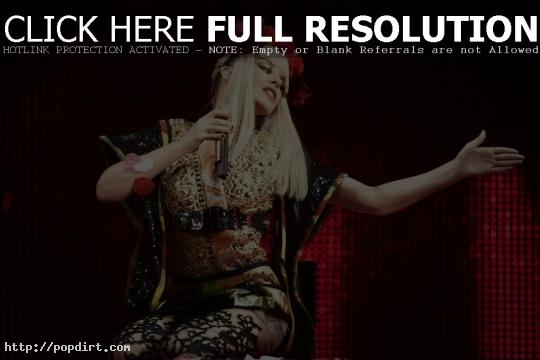 Kylie Minogue visited ‘The Jonathan Ross Show’ recently to talk with the chat show host and perform one of her hits featured on her compilation album ‘The Abbey Road Sessions’.

Talking about the highlights of her 25-year career, Kylie said, “Firstly getting a record deal. I mean I was on ‘Neighbours’ as you know. So ‘Locomotion’ being a hit, which led to so many other things. Maybe performing at the Olympics.”

On the new greatest hits album, she said, “I think it’s just timely being in my 25th anniversary. It’s a greatest hits, but all of the songs were recorded at Abbey Road. It’s reinterpretations of a bunch of hits, either orchestral or very simple acoustic with piano or guitar.”

Asked if she ever gets grumpy, Kylie said, “Is there not a woman sitting in front of you? Do I get.. girls, even if you are the sweetest person on earth, yeah you get grumpy.” She cited running late as an example of something that made her grumpy.

Watch the interview and performance ‘Never Too Late’ via YouTube below.