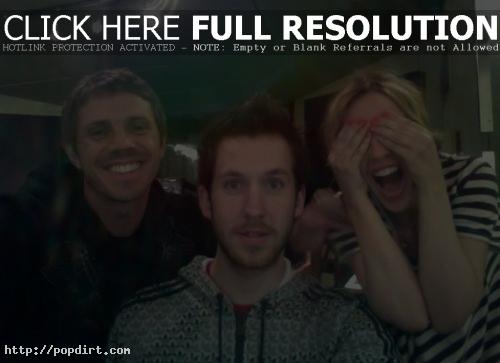 Kylie Minogue has been announced as one of the headline acts for BBC Radio 2’s Abba tribute concert, ‘Thank You For The Music: A Celebration Of The Music of ABBA’, taking place September 13th at London’s Hyde Park. Minogue will perform one of ABBA’s greatest hits, ‘Super Trouper’, before being joined by Benny Andersson for ‘When All is Said and Done’. “This is a dream come true,” Minogue told The Mirror. “ABBA’s music has played such a great part in my life and I’m thrilled I’ll be able to share that with them personally.” Others performing at the tribute include VV Brown, The Feeling, Nerina Pallot and Texas singer Sharleen Spiteri. Check out full details at bbc.co.uk/radio2.

July 4, 2009 – Kylie Minogue performed during the MTV Day 2009 Festival at Las Ventas in Madrid, Spain on Thursday (July 2). Watch a fan filmed highlight clip of the Australian pop singer performing ‘Step Back In Time’ below and several more videos from the show at YouTube.

July 2, 2009 – Kylie Minogue was photographed grabbing her celebrated backside to adjust her brightly colored magenta dress as the singer was leaving her home and entering an awaiting car on Wednesday (July 1) in London, England.