World Entertainment News Network reports that Kylie Minogue has announced plans on recording a jazz album. “I’ve done different jazz and cabaret recordings, which I know sounds terrible, but I enjoyed jazz,” she explained. “It is the most unlikely thing for me to do, but when I did it at a party for the fashion label Chloe in Paris, it was received really well. And because it’s so unlikely, it worked.”

November 7, 2004 – The News of the World reports that Kylie Minogue and boyfriend Olivier Martinez keep their love alive with steamy long distance phone calls. “We talk a lot on the phone and it can get steamy – we miss each other,” the Aussie singer revealed. “The bills are quite high but that’s the way we communicate and it’s worth it.”

November 6, 2004 – Radio 1 reports Kylie Minogue commented on her new hosiery line LK Legs the other day, which she helped design. “I’m really pleased, that was great. It was a nice opportunity to take a moment and just go, ‘Actually, that’s something I’m really proud of’,” she said of the project. “The range is just fantastic and we’ve got such a brilliant response. I’m very pleased.” 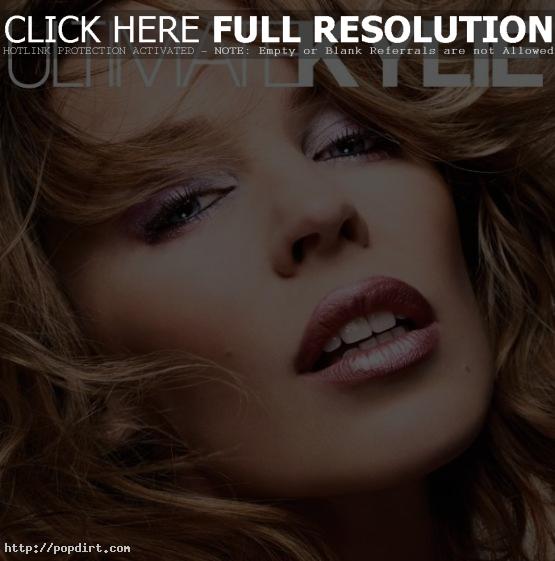 November 4, 2004 – Kylie Minogue was on the phone with Kyle and Jackie O. on Austereo to give them an update on what she’s up to. Kylie talked about her ‘Ultimate Kylie’ greatest hits album and DVD, her Christmas and New Year’s Eve plans, her “beyond diabolical” hair in the ‘Locomotion’ video, her upcoming world tour, and more. Minogue also addressed recent speculation that she had split with actor boyfriend Olivier Martinez, denying the gossip calling it just the latest speculation. She conceded that work had forced them to be apart lately but was hesitant to talk too much about him only to say “We’re happy and we’re together.” The 4-part interview has since been removed from kyleandjackieo.com.

November 1, 2004 – According to The Sun, Kylie Minogue has not been photographed with Olivier Martinez since early August and pals fear their relationship is seriously on the rocks. “It’s true they haven’t been seeing anything of each other for a while,” a friend of the singer said. “It looks like the big romance between them has cooled off. She seems to accept it though and isn’t getting too down in the mouth about it.” Meanwhile, Kylie’s sister Dannii Minogue has split from Jeremy Garamond.

October 14, 2004 – The Sun reports Kylie Minogue announced her biggest ever tour to celebrate the release of ‘Ultimate Kylie’, her greatest hits collection. “I’m so excited to tour again,” Minogue said. “This will be the culmination of everything I’ve done so far, with quite a few surprises.”