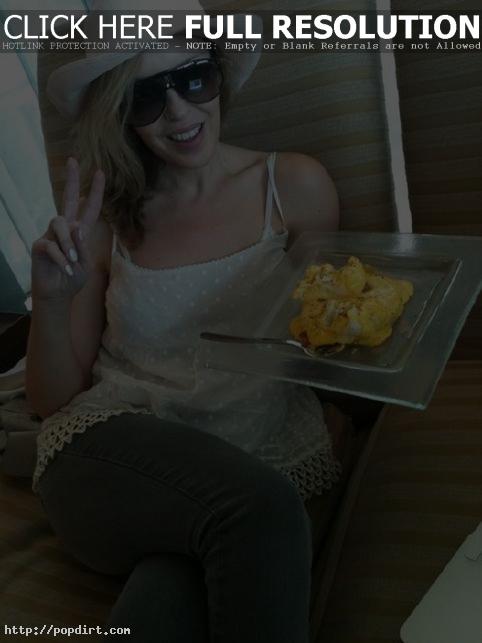 Kylie Minogue tells Out magazine that Lady Gaga’s emergence on the music scene played a role in the direction of her new album ‘Aphrodite’, since an album similar to ‘The Fame’ would have been viewed as trend following. “Lady Gaga dropped a meteor in the middle of the pop landscape – which is amazing,” the 42-year-old explained. “But it meant that we had to take that into account. It wouldn’t have made any sense to go down that road to try to fit in.” Read more.

July 8, 2010 – Kylie Minogue is out with an interview clip taken from the Experience Edition of her new album ‘Aphrodite’, where she’s joined by Executive Producer Stuart Price. “It’s been described as a return to the dance floor,” the Australian pop singer said of the new album. “I don’t think I ever totally left, but it is a return to form, I would say.” Kylie added that “thoughts about the album aside, and I’ve been working with Stuart an awful lot on this project, it was just fun. He really really made it fun for me, and I felt secure.” Watch the clip via YouTube below.